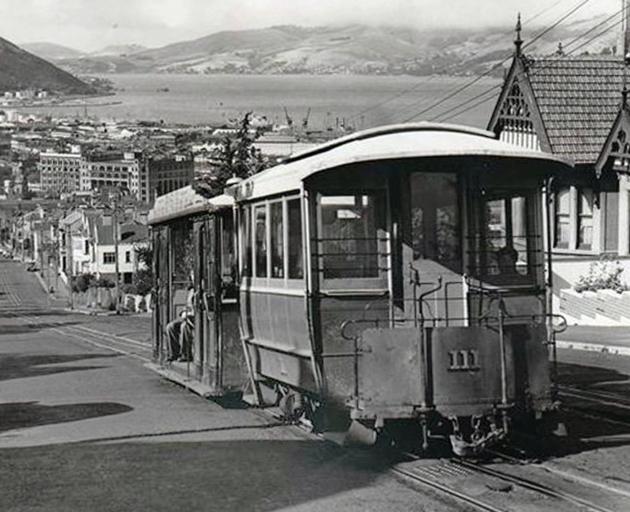 Time for one of those compare and contrast exercises, beloved of university geographers. Here's a photo of a grip car taking trailer No. 111 to the Stock Exchange city terminus down High St in the 1950s. We ran this image in June. PHOTO: GRAHAM STEWART
Take a look at the two cable car photographs we're running today.

I know - crazy eh? They are so similar.

Michelle Carruthers had already noted the similarities on the postcard she sent from San Francisco in June last year.

"This scene could be from High Street in Dunedin," she wrote on the back of it, "but it's in sunny San Francisco! Not very summery. Mark Twain once said that he'd never spent a colder winter than a summer in San Francisco."

Then, when the ODT published Graham Stewart's 1950s' photo of a cable car on High St a few months ago, Michelle was gobsmacked at the likenesses.

It does seem incredibly alike. Thanks for pointing it out, Michelle.

Well, I asked for it and I got it. To all the people who sent in their exciting night-cart stories, thank you. I'm sorry I haven't been able to use them all.

First, a piece of top-shelf poetry for all you cultured types out there.

This comes from Iona McGhie in Brockville.

"I recall a poem which my mother used to recite regarding the night man. I couldn't resist sharing it.

The night was dark and stormy,

The nightman was within,

We heard a crash,

We heard a splash, 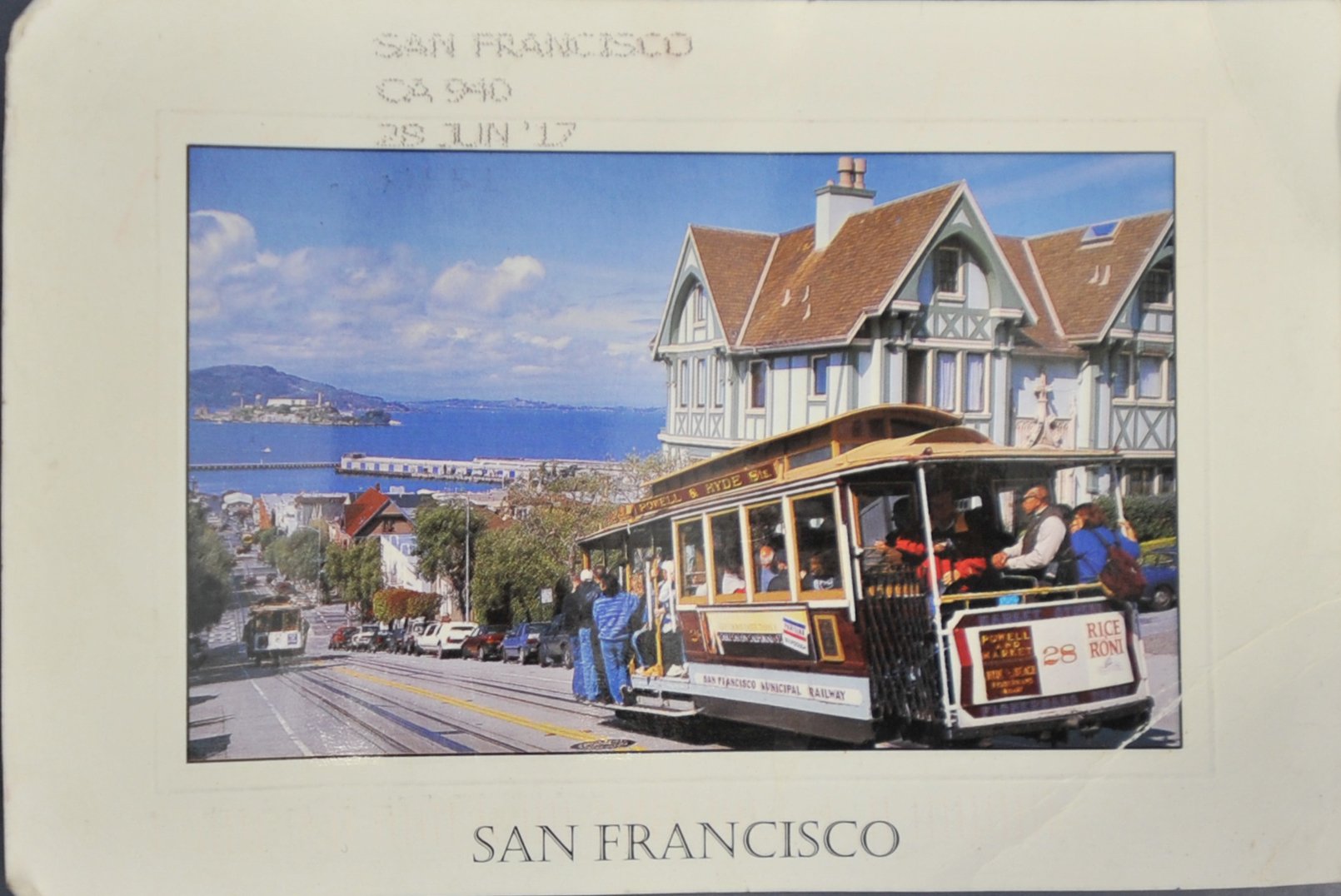 Michelle Carruthers brought in this postcard of a San Francisco cable car which looks eerily like the High St, Dunedin, image. Even the house on the right looks similar. And you can substitute Ravensbourne and the wharf for Alcatraz Island. PHOTO: SUPPLIED
Trevor Chalmers has a salient question:

"I would love to ask -where did the night man take the doings?

"We lived in Waitati and at the time there was no service if you didn't have, or were not permitted, a septic tank.

"When our can was nearing full, a spot had to be picked to bury the week's efforts.

"On the flats it was pretty easy because of the good drainage. On the hill, the clay made it a bit trickier. Too close to the last spot, or a bit of rain, was also a hazard.

"A good handle on the bucket was essential because, if it fails in mid process, your day only goes downhill from there on.

"Mind you, we always had a great garden."

Dorothy O'Donnell passes this on from her husband, Paul.

"Many years ago, when I was a small boy growing up in a little coastal South Island town, I would visit my Irish grandfather and listen to many, many tales of the past.

"One tale concerned the night cart and its Irish driver/collector of the town's deposits on an old early century Ford truck. He would collect an area's waste, drive down the wharf to the end and dump his load into the water at the river mouth.

"One St Patrick's night, fairly full of Irish whiskey, with a full load on board, he drove to the end of the wharf, backed up to the end and promptly fell out of the Ford cab.

"He hadn't had the time to apply the brakes, so with the engine still running the truck and its load disappeared into the sea.

"Next day headlines and story in the newspaper read: `A horrific accident last night on the wharf - night cart washed out to sea. Cargo was uninsured."' 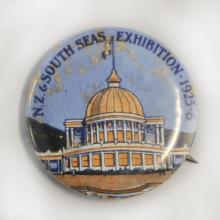 Kevin Casey dropped in this incredible metal badge of the New Zealand and South Seas International Exhibition of 1925-26 for us to admire. It's in very good condition. Photo: Suppled
Robyn Barkman of Waitahuna finishes off the night-cart saga with this transtasman story.

"In the early 1970s, my family lived in the Sydney suburb of Menai, which back then was pretty much all bush with a few houses dotted here and there.

"I attended school in Sutherland, travelling by school bus. Part of that run included going up and down the Woronora Hill, a very narrow, steep and windy road down to the Woronora River and back up again. This was a challenge in itself, and even more of a challenge on night-cart days.

"The school bus was packed to the rafters with kids - they were standing right down on to the steps by the door, plus sitting on the motor beside the driver (no PC rubbish back in those days).

"Anyway, the kids sitting on the motor had the best view of the road ahead and saw the night-cart truck before the rest of the kids and yelled the dreaded words `NIGHT CART!'.

"There was a collective groan and a mad dash to close what windows actually closed - most didn't. I don't recall what model bus it was, but it was a school bus so probably something left over from the Second World War.

"Anyway, the windows of the bus were level with the night carts on the truck deck, which did have lids but weren't that secure, so the contents tended to splash around a bit and the smell wasn't the best.

"So picture this, a school bus full of kids, in school uniform, on a normal Sydney afternoon when the temperature was in the high thirties and the humidity sitting close to 100%, windows that didn't shut and a driver trying to pass as quickly as possible, on a narrow, windy road, to avoid too much of the waste splashing on his windscreen.

"Ahh those were the days."

Thanks Robyn. And on that note, we close the dunny door.

Enjoy your first long weekend for quite a few months.

There will be no column on Monday, but normal service will be resumed as soon as possible - on Tuesday.