Silvereyes (waxeyes to many) flock to a bird table in Sawyers Bay, where they drink up to six litres of sugar water a day. PHOTO: STEPHEN JAQUIERY
How many of you had a great childhood tree house in your garden?

If you read the story in Wednesday's ODT about the Dunedin City Council cracking down on the Oke family's tree house in Mosgiel, you most likely will have thought "that's ludicrous".

I did too. Yet, the council was in a difficult position, given the issue was sparked by a complaint from neighbours that the tree house threatens their privacy.

It sounds like a solution has been found to the issue, which is great news.

To celebrate, how about you share photos and stories of your favourite tree houses in case they are about to become an endangered species?

Just give us a rough idea of where you live but we don't need your street address. I don't want to give your neighbours any ammunition. 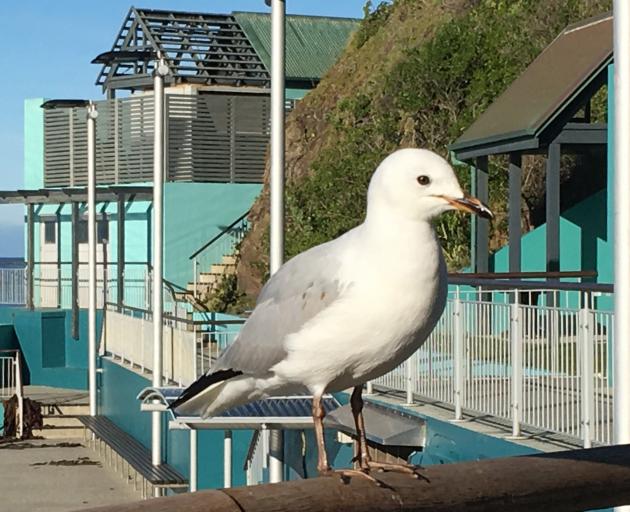 The bacon-snatching gull at St Clair. PHOTO: PAUL GORMAN
Those strident red-billed gulls at St Clair are kings of their patch. They have little fear. They clearly love people, or should I say the rubbish/food we leave behind.

A young gull taught me a valuable lesson the other morning - don't ever move too far away from your hard-earned plate of food.

It was a gloriously sunny morning at St Clair, if a little, er, "fresh". I was sitting outside at the saltwater pool with a mate. The gulls were circling (I think they dream about being vultures). Our bacon butties arrived.

A couple of gulls crept up on to the railing next to our table. We eyed them. They weren't intimidated. Just stared back.

In a flash, they leapt on one of the butties, knocking the top off, scattering the contents across the plate and flying off with a couple of rashers of crispy streaky bacon.

The lightning raid left us in shock. Fortunately, the kind cafe operators replaced the sandwich. We made weak "shooshing" motions with our hands whenever the birds got too close again.

But they were laughing at us. Pathetic humans, they said. "We've done rasher things than that," they said.

Anyone else been done over by a seagull?

ODT colleague Gary Newton recalls an occasion early in 1980 when carless days were in operation. 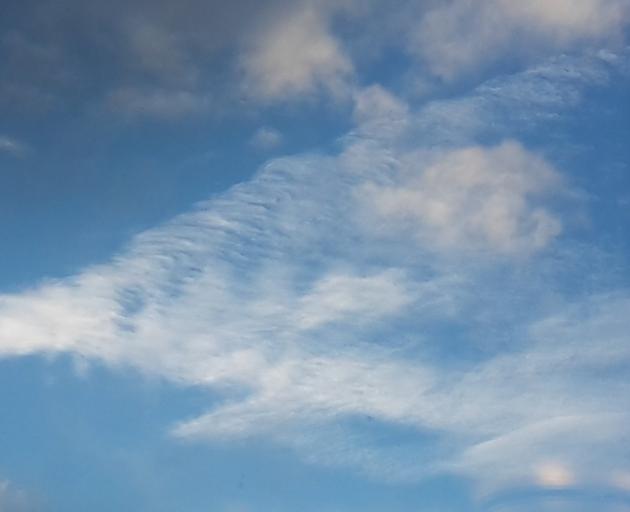 Some snappy photography caught this shark cloud, floating high above Macandrew Bay last week. PHOTO: VIV BASKERVILLE
"The then Motorsport Association of New Zealand (now just Motorsport NZ) announced that, despite earlier indications, it would go ahead with its scheduled round of the World Rally Championship, in the South Island.

"It was to start in Nelson and run for the best part of a week, down the West Coast and over to Christchurch.

"This bemused most of us in the Southland Sports Car Club, as we couldn't work out how the organisers would fit this around carless days. A couple of weeks later, it all became clear when the end of the scheme was announced. 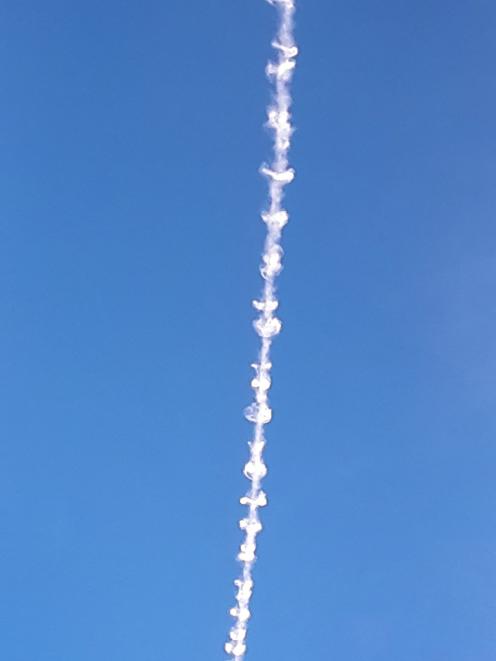 The trail above Dunedin from Saturday's Santiago to Sydney Qantas Boeing 747 is already forming small puffy convective clouds as it dissolves. PHOTO: VIV BASKERVILLE
"Apparently, someone in the know had tipped off MANZ.

"A couple of friends in Invercargill who owned second-hand car yards reckoned they did a roaring trade when carless days were introduced, as people rushed in to buy cheap runabouts for use on the day their main transport was off the road.

"Getting home from work at the Southland Times was a bit of a problem for a start, since we didn't finish work until 1am.

"Obviously, no-one wanted Saturday as their carless day, so there wasn't a day of the week when we couldn't drive.

"Eventually, it turned out the police had a `tolerance factor' (unofficial?) so night-shift workers could get home."

Viv Baskerville, of Macandrew Bay, has been busy cloud-watching.

Like many across Otago, she saw the amazing contrail left by the Qantas flight from Santiago, Chile, to Sydney on Saturday afternoon.

Viv also saw a creature in the sky, on a par with the incredible flying duck/goose we ran a month or two back.

"Looking up last week from Macandrew Bay, I noticed the `shark cloud', as I've called it. It was the best cloud depiction of anything I had ever seen!"

It certainly is a good likeness.

Have a great weekend and keep those eyes peeled.