Geographic Board recommends name for peak 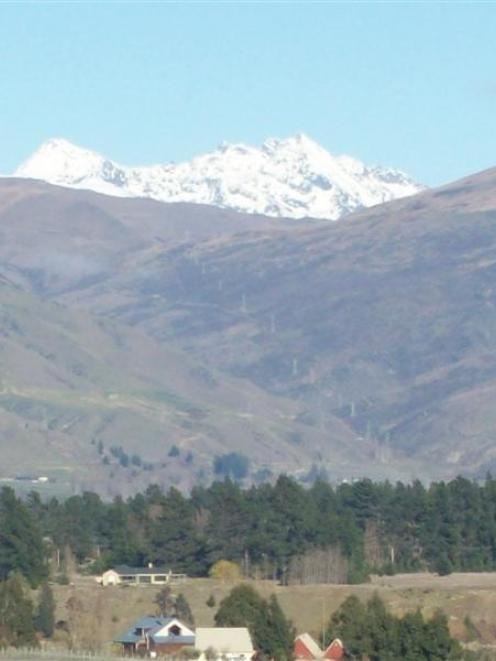 The peak that would be named Te Kohua, viewed from Cromwell. Photo supplied.
The New Zealand Geographic Board has recommended a Maori name for the highest unnamed alpine peak in Central Otago after consulting local iwi but not the Central Otago District Council.

In its recent report to the Minister for Land Information, Maurice Williamson, the board has taken note of strong support from Ngai Tahu for the name Te Kohua peak and has also defended its lack of consultation with the district council.

Mr Williamson has the final say on the name for the 2307m mountain peak, which is 30km from Cromwell, between the Remarkables and the Hector Mountains. He has not yet made a decision.

The board referred the matter to him after confirming its support for the name Te Kohua, and rejecting what it described as a "relatively high" number of objections to the proposed name. Of the 36 submissions from the public, 34 opposed the name and two were in support.

The board's report, published on the Land Information New Zealand website this week, said if the proposal had been for a populated place name, such as a town or suburb, the board would have sought views directly from the council.

"However, for natural/physical geographical feature name proposals (eg: streams, mountains, lakes, valleys, islands, etc) the board does not usually consult directly with councils, landowners or other parties, apart from iwi (because the board has a statutory obligation to collect and encourage the use of original maori names)."

Te Kohua comes from the maori name for a three-legged iron cooking pot. The board said Ngai Tahu chief Reko guided Otago farmer Nathanael Chalmers on an expedition through Central Otago in 1853 and was paid with the cooking pot.

Ngai Tahu supported the name being used in an alpine region lacking in Maori names, the board said.

"In the past Ngai Tahu has been supportive and accepting of many non-Maori name proposals submitted for alpine features in the South Island, so Te Kohua Peak represents an opportunity to redress the imbalance."

Alternative names for the peak included Reko and Karearea, after the native falcon. The board plans to propose the name Reko peak for the adjacent 2252m peak.

It rejected the suggestion of Karearea, as there was insufficient evidence to link the falcon with the peak.

The bird is used in the council's logo and the board said the use of "marketing, promotional or commercial imperatives, are not supported by international best practice naming principles."

"Geographical names are chosen for their endurance over a long period of time, while logos are ephemeral and tend to change relatively quickly, because of the changing needs and directions of organisations."

The name Te Kohua opened up a "rich historical tale about Chalmers and Reko" but no associated story applied for the native falcon, the board said.