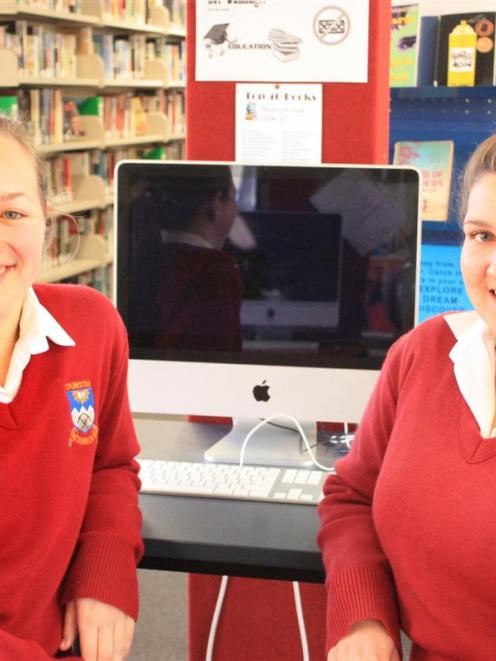 ''It definitely challenges people saying that we [Sticks 'n' Stones] are not doing anything. We are being targeted because it's out of the ordinary for teenagers to step up and do something different,'' Abby said.

The pair entered the Google-run competition after attending a recent Websafe Ranger conference in Christchurch, one of three held across the country.

Pupils attending the conferences could enter the competition, which ran for about six weeks, and had to create a campaign to target cyberbullying of young people.

Abby's campaign, titled ''Do the Dare'', challenged youth to be positive online and Nikki's, ''Don't spread it'', aimed to prevent the spreading of rumours online.

Videos were created for their campaigns, and they were judged on creativity and the ''reach'' of Facebook pages they created, Abby's gathering about 80 ''likes'', and Nikki's 98.

The pair were ''stoked'' with their results.

''We just entered thinking how we could make a difference. When they rang up it was quite unexpected,'' Nikki said.

Abby said the results were positive because they helped generate more interest in Sticks 'n' Stones, while Nikki said it felt ''great'' to do something to help their community.

Although they did not know how long they had worked on their projects, they had put in ''a lot of hard work'', they said.

Even though the competition was over, they were considering continuing to update the campaigns they had created, while working with Sticks 'n' Stones.