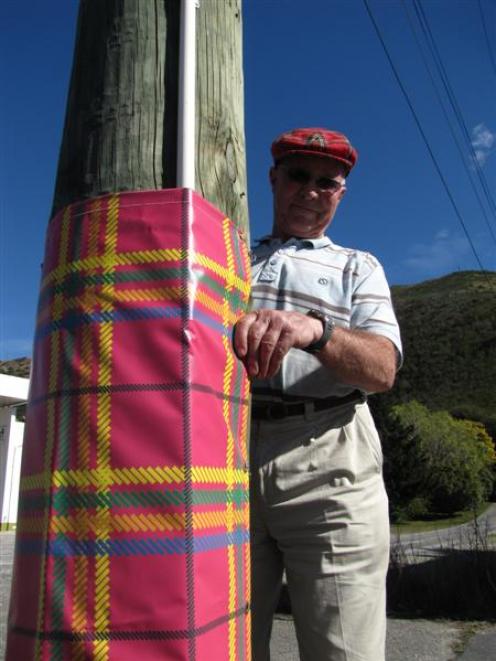 In stark contrast to last year's event, which was cancelled due to low ticket sales, this year's event is a sellout.

Organiser John Pritchard said he pulled the pin on last year's event because he was unable to buy the whisky and organise catering without having the numbers to fund it.

Scottish week organising committee member Trudie Marsh said many people were left disappointed last year and so this year, a cut-off date of September 2 for purchase of the 45 tickets was advertised to encourage people not to leave things to the last minute.

The ceilidh was also cancelled due to low ticket sales last year and it has not returned to the calendar this year.

It is being replaced with the launch of what is hoped will become the week's showcase event, Wearable Tartan Arts.

Mrs Marsh said the committee had formed a relationship with the small North Island town of Waipu, which had just as much Scottish history as Roxburgh, if not more.

Waipu holds a similar event every July that includes a popular wearable arts event. The organisers of those celebrations had lent the Teviot committee three garments that would be modelled at the launch next Tuesday.

Mrs Marsh was not releasing many details, saying she wanted to keep some surprises for the launch, but said this year would not be a competition; it was more about getting the message out so people could prepare for next year.

She said the Kilt Canter, BBQ and Pinders Plunge, which always drew crowds, was going ahead again this year.

Participants would race down a section of the Clutha Gold Trail from the Teviot sale yards to Pinders Pond for the ''plunge'' and BBQ.

The ''Gathering of the Clans'', a community dinner, was also going ahead but with a slight change this year - instead of being organised by the committee, it was being organised and held at Speargrass Inn.