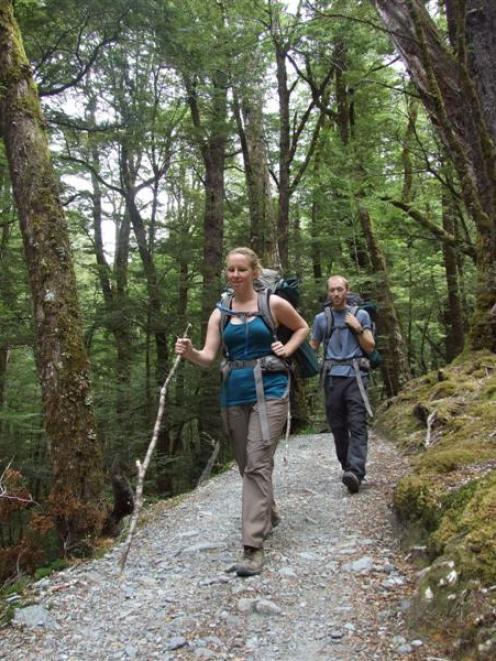 Along with fellow Californian Zosha Hummer, Mr Schoonmaker-Gates is travelling around New Zealand in a campervan - "freedom camping responsibly".

"It seems like most of the visitors are young travellers ... and one of the reasons we are doing these gorgeous walks is that it's much cheaper than other activities.

"I think it would discourage travellers our age to come here as it's expensive enough already with the hut fees," he said.

Caitlyn Conway, a Melbourne backpacker, thought it was a fair move, depending on the charge.

"New Zealanders pay their own tax on the parks, so it would be fair to ensure people can visit these places in the future ... If it were $100 that would be too much, but $5 a day, that would be all good."

Fellow Melbourne resident Margot Pogos, travelling in a group with tramping guides Ultimate Hikes, said it would not put her off. The charge would go unnoticed in tour packages.

Machiko Natsukawa, of Japan, said people would continue to visit New Zealand's national parks, but some people would be angry at having to pay. "I think this way will not be needed because we spend money and a few nights in Queenstown and all of the tourists are supporting the towns."