There are calls for Oamaru Harbour to be dredged. Photo: Peter McIntosh
An immediate legal review of respective agency responsibilities surrounding the Oamaru Harbour and associated maritime activities has been ordered by the Waitaki District Council’s new chief executive.

The review was announced as concerns about the difficulties a disabled yacht faced at the weekend trying to enter the harbour have aired.

Council chief executive Fergus Power said safety considerations were at the forefront of the review.

John Burton, a specialist in all aspects of maritime law, with particular knowledge of admiralty practice, groundings, collisions, and safe port/berth disputes, had been engaged to advise the council. 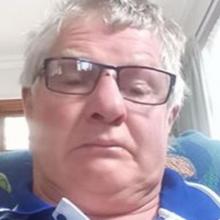 Neville Scoles
The review was already under way and the results would be discussed with Maritime New Zealand and Otago Regional Council in due course.

The work was commissioned about three weeks ago.

An experienced Oamaru charter boat skipper yesterday called on the authorities to dredge the harbour, after he helped a disabled yacht needing shelter in Oamaru Harbour on Saturday.

Charter boat skipper Neville Scoles went to the aid of two people on board Dunedin yacht Katherine Johnstone after it struck rocks near Moeraki and called for help to get into Oamaru harbour.

Mr Murdoch said the vessel was only a few hundred metres off the wharf at anchor, "but it drew 2.4m and at low tide we would only have just over 1m at times".

Mr Scoles, who has 35 years’ experience in marine search and rescue, said the Otago Regional Council [ORC] and the district council needed to work out a plan soon and have the harbour dredged, or the harbour would become even more limiting in the size of the vessels that could use it.

At the moment, some boats and their crew were finding it difficult to access and leave the harbour freely, and several boats that had been able to do so a year ago, now could not. All the while silt was piling up on the harbour floor.

Mr Scoles said boats with a draft of more than 2m should not try to enter Oamaru Harbour without local knowledge, unless the tide was in flood or above a half tide.

In February, the Jane Marie  sank attempting to enter Oamaru Harbour. A council spokesman said the last time the entrance to Oamaru Harbour had been dredged was in 2011.

Council assets group manager Neil Jorgensen said the district council looked after the physical assets like the breakwater and wharves, while the regional council had overall harbour master duties.

District council staff were aware of the harbour entrance condition and were discussing the possible inclusion of a dredging project as part of the 2018-28 long-term plan.

The council was not responsible for providing a safe point of entry for boats in trouble, he said.

"Council has no absolute or mandatory duty to maintain the harbour mouth for the purpose of navigation. Obviously, council does wish the entrance to be safe to use, however, it does depend on the size and style of vessel. It has been many years since large vessels have been able to enter the harbour."

An ORC spokeswoman said it supported the council comments.