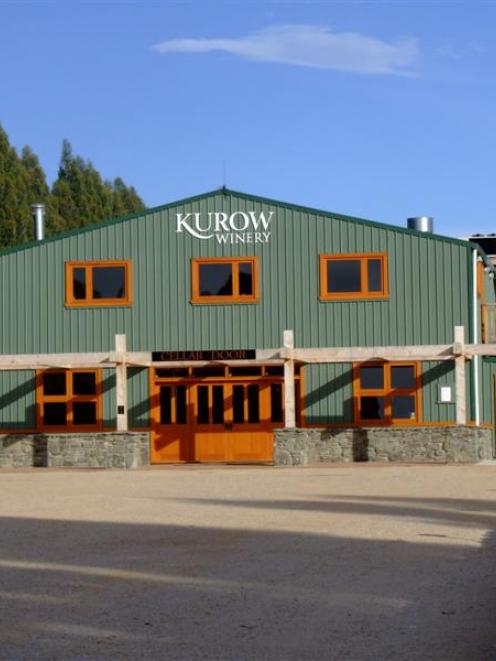 Italian Antonio Pasquale and his family are selling the Kurow Winery and vineyard in the Waitaki Valley on SH83, just east of Kurow. Photo supplied.
The sale of the Waitaki Valley's only winery should not affect the region's wine-producing capabilities, the head of the valley's wine growers' association says.

Italian Antonio Pasquale and his family are selling the 29ha property just east of Kurow to quit their holdings in the area.

Waitaki Valley Wine Growers' Association chairman Jim Jerram said yesterday the Kurow winery was a ''wonderful facility'' which he hoped would continue to be available to the area's wine growers.

''It makes sense to have a facility like this in the area,'' he said.

He remained confident in the valley as a wine-producing region, pointing out the success it had had both nationally and internationally, including four main trophies in the past two years. While acknowledging the Waitaki region, like the rest of Otago, was ''on the edge'' climatically in producing wine, from a quantity point of view, but that also meant quality wines were being produced, Mr Jerram said.

With a rateable value of about $1.4 million, its market value is likely to be higher - $3 million alone was invested in 2008 to develop the winery building.

The property is being handled by PGG Wrightson, for sale by deadline of 4pm on May 2.

Agent Laurie Farmer said yesterday the property was ideally situated to benefit from tourist spin-offs, including the Alps to Ocean cycle trail which ran past its front door.

Mr Pasquale bought Caberfeigh Station in the Hakataramea Valley in 1999, where he planted vines. In 2006, he started planting vines in a stonefruit orchard he bought from the Turner family.

In 2009, he renovated and extended the former orchard's packing shed, turning it into a restaurant, cellar door sales outlet and winery.

Last year, he sold his Hakataramea property and vineyard.

In the Kurow vineyard, main grape varieties are pinot gris, pinot noir, riesling, gewurztraminer, chardonnay and viognier. Nine other varieties have been planted on a trial basis.

Irrigation and frost protection are included, with water from the Upper Waitaki Irrigation Company, along with consent to take groundwater.

Mr Pasquale, who lives at Russell, could not be contacted yesterday for comment.