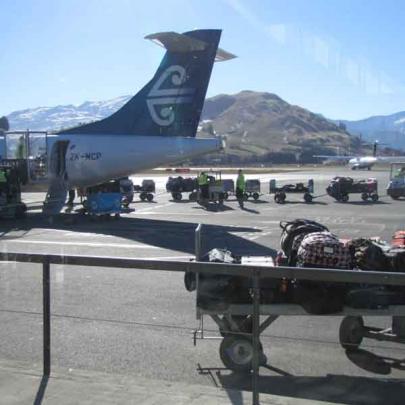 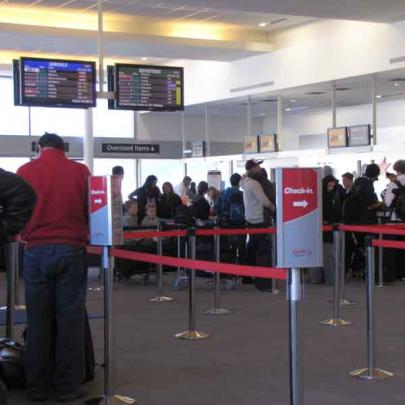 With more than 20 departures in one day, passengers formed long queues for the check-in counters. 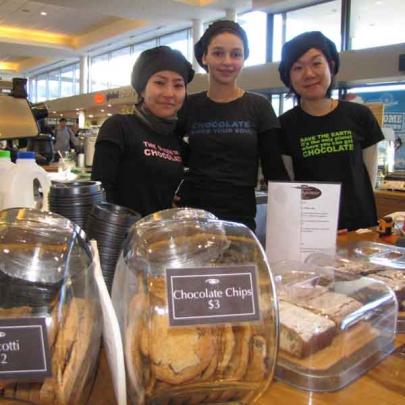 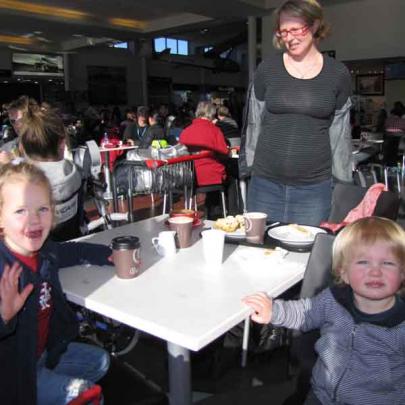 Lily Wenk (4) and Hugo Wenk (3) and their mother Bec Shepherd grabbed some refreshments at the cafe.

Growth is predicted for Queenstown Airport after last week's deal with Auckland Airport, but the resort's international airport is already in growth mode.

Saturday was among its busiest days, with more than 40 flight movements and more than 5000 passengers through the airport.

The number of arrivals and departures is due to new international flights and extra domestic flights from Christchurch and Auckland for the school holidays.

But that number is expected be outdone again this Saturday, when 45 flights are expected.

"Everything went smoothly, and with perfectly fine weather there were no delays or other problems," she said.

Behind the scenes, four different airline crews handled baggage and tended to the planes outside the terminal building.

"Each airline has enough staff to cope with the increased workload. They are busy, but all do their jobs really efficiently," Ms Mortimer said.

The airport was buzzing with travellers and people picking up passengers most of Saturday.

However, the queues at the check-in counters were processed smoothly.

The shops and refreshment outlets also had a busy day, but seemed to cope with the increased number of customers.

The cafe was constantly busy, and the new bar had "waves" of customers between quieter moments.

"Business was going really well for our bar during the winter festival, but we still seem to be getting more and more busy. And when the airport is occasionally having a tough day with delays due to weather, we are just having an even busier day, as more people choose to pass time over a drink or two," Ms Salvetti said.

"Roll on next weekend," she said.