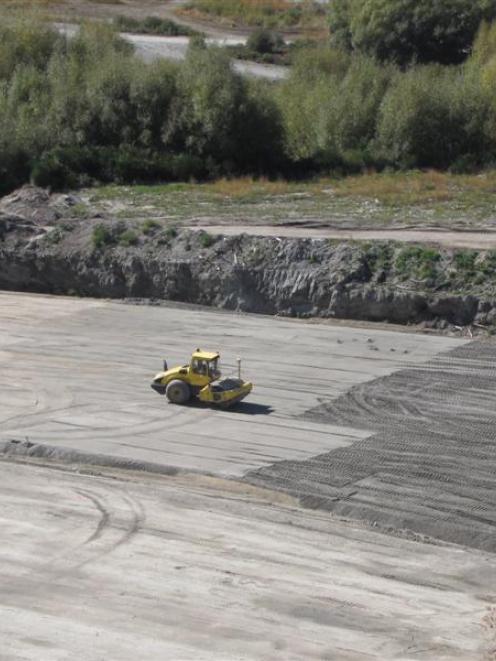 "When we got the material out for the base, we didn't find exactly what we thought we would, but we'll make that [time] up."

About 850,000cu m in materials is being brought in for the resa - about 450,000cu m of that from Remarkables Park, with the remainder coming from the Shotover Delta and existing QAC land.

Mr Read said the work, being carried out by contractor Fulton Hogan, had run alongside the recent $5 million resealing of the main runway.

"It happened by chance ... It's puts the pressure on a bit, but the resa is a big project that won't be finished until October, 2011."

The fill from Remarkables Park was being carted along haul roads, constructed by the airport on its land.

The "toe" of the Resa, or base, was taking shape, with compacting of the material ensuring it was "strong and almost concretic".

The resa will be built in five levels, with each one stepped and, as per resource consent conditions, landscaped and drainage installed, Mr Read said.

Landscaping would cost "many, many hundreds of thousands of dollars".

He said 18 contractors were working five days a week to get the work done, but as it progressed closer to the main runway, work would be carried out at night.

QAC chief executive Steve Sanderson said initially the resa would be a grass surface, but there was a possibility it may be sealed and used as a "starter extension" in the future.

"[The resa] is only for under-shoot or over-shoot.

"We may seal the resa and it would be used as a starter extension, but aircraft cannot land on it," Mr Sanderson said.