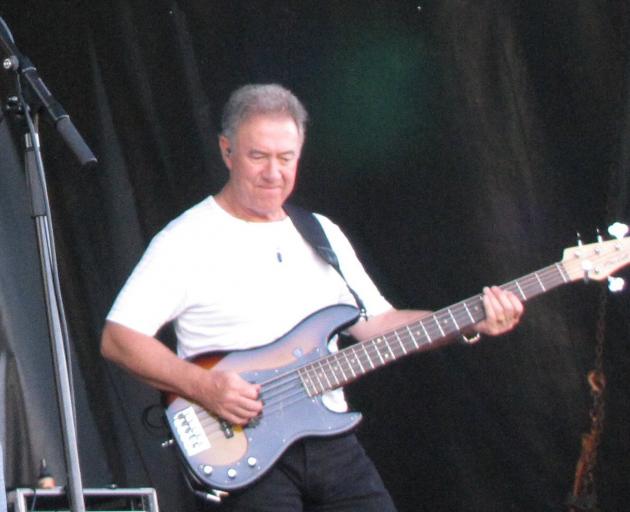 The 74-year-old rocker, on a night out in the resort, decided to propose to his now wife, Dana.

To do so he needed the help of a local barman from Barup on Searle Lane.

He asked him for some blank paper to write on — which is where Cook wrote the proposal.

‘‘It was totally impromptu.

‘‘It was after a long day of bungy jumping — we were having a few drinks. It was kinda late at night and we had been partying.

‘‘I said, ‘after bungy jumping there is probably nothing that I am afraid of now’.’’

Luckily the answer was yes and the pair have been living happily since, he says.

Cook says the piece of paper is now framed and hanging in pride of place in their home.

‘‘He [the barman] signed the document as a witness to the engagement, he says, laughing.

Speaking to the Otago Daily Times from the United States, Cook confirms it is his fourth visit to New Zealand.

He, and his Creedence Clearwater Revisited band-mates, were the first artists to play Gibbston in 2011.

Mrs Cook is also making the return trip with him and he hopes to relive some of their earlier adventures, including a trip to the Queenstown bar.

He says the band jumped at the chance to play in the area again.

And what can fans expect? All the hits from their back catalogue.

Cook reflects that the band has managed to cross generations.

Now they have teenagers listening to their music.

It is also one of the band’s last gigs — something of which he is mindful.

‘‘I will miss the audience, the fans, the chance to interact and the chemistry.

‘‘That is what has kept us going all these years.’’

Creedence Clearwater Revisited will take the stage at 1.30pm.

Rock Formation Trust will open at 11.10am.