Children as young as 12 seeking sex on the Internet 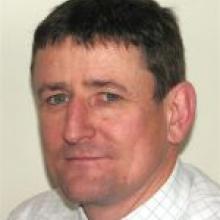 Jim Lee
New Zealand children as young as 12 are actively seeking sexual contact with adults on the Internet with little idea of the ongoing consequences of their actions.

In the final seminar of the Internet safety conference in Queenstown this week, NetSafe operations manager Lee Chisholm, registered psychologist Nathan Gaunt and American psychologist and associate professor of early childhood education at the University of South Florida Ilene Berson held a discussion on complicit victims.

These were children who willingly sent inappropriate images of themselves to adults they had contacted on the Internet.

One, a girl aged 15, sent 300 photos of herself to an Internet "boyfriend" whom she had never met.

These images were then distributed to others.

When asked about it by her parents, the girl said the pictures were only going to one person and then were "gone".

"These children are very savvy about the technology . . . but have no idea about the impact their actions could have on their lives when they are 25," Ms Chisholm said.

Children who had a history of sexual abuse were trying to make sense of their sexuality or were looking for approval and validation from adults and were the most likely candidates for this sort of behaviour.

"The fact that they are vulnerable might make them more attractive [to paedophiles]."

She said it was important to recognise the children were still victims - they did not have a clear concept of how their actions would affect them in the future.

"Whatever our beliefs, children are sexual," Ms Chisholm said.

"They have desires and are drawn to places they should not go."

Prof Berson said she had been wary of the complicit victim terminology when she first heard it.

"I am very wary of catchy terms for a very complex problem," she said.

She said in the United States about 95% of sex crimes were "non-forceable" - the young person knew in advance the intention of a "real world" meeting with their abuser.

"They do not have the capacity to think through [their actions] thoughtfully . . . they're impulsive," Prof Berson said.

Culture and media played a part; children grew up surrounded by "highly sexualised" images of "Britney Spears or the latest group", she said.

Prof Berson said there had been a study in the United States which indicated Internet paedophiles targeted slightly older children - prepubescent to early teenagers, rather than the very young.

Mr Gaunt, a registered psychologist who works with sex offenders - particularly those who offended using the Internet - said New Zealand statistics were not available but he had noticed a similar thing.

It was rare for them to target younger children, possibly because that was more covert or perhaps because it was a different sexual interest.

He said there was not a complete profile of internet sexual offenders - some generalisations included well educated males who were socially isolated.

"But then there are others who are very social."

Free advice on children's Internet safety is available on 0508NETSAFE.