It's something many a school pupil has dreamed of, while others will shed a tear today for their old haunt.

The demolition of the former Wakatipu High School building on Fryer St, Queenstown, began in earnest this week.

A demolition crew began smashing through the newest block, the Robertson block, on Wednesday and by yesterday much of the facade had been removed.

The high school has relocated to a new campus, PPP-funded (public private partnerships), in Remarkables Park, and the Fryer St site is being redeveloped by Ngai Tahu Property Ltd for housing. 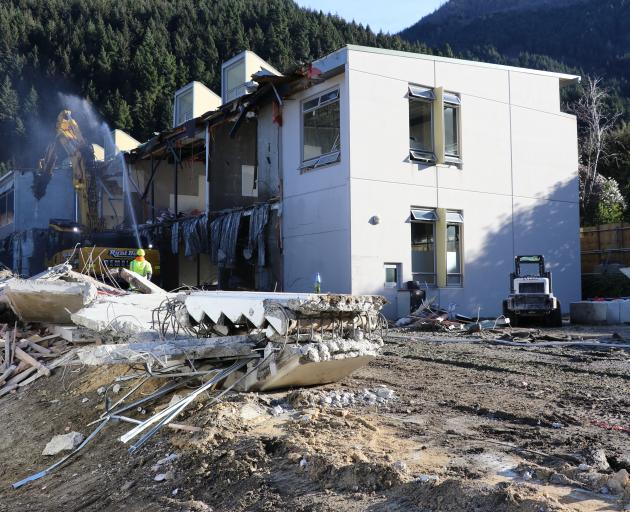 Queenstown’s Wakatipu High School becomes just a pile of bricks on the floor. PHOTO: PAUL TAYLOR
There are 14 people working on the site under lead contractor Ryall Bush Demolition.

Demolition work began on May 1, starting with internal strip-outs.

Ngai Tahu Property's resource consent application said the demolition of the 22 buildings - including the swimming pool, stadium and gym - would take about six months.

The company plans to use the 4ha of land to build 300-plus houses. More than 100 of them, mainly in apartment blocks, will go into the Government's KiwiBuild programme.