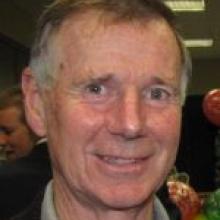 Lex Perkins
Queenstown Lakes district councillors were divided into two camps yesterday as fallout continued from the surprise sale of a quarter of Queenstown Airport shares, worth $27.7 million, announced on Thursday.

She was joined in the anti-brigade yesterday by fellow councillors Gillian Macleod and Cath Gilmour, who were "shocked" and "disappointed", but Crs John S Wilson, Lex Perkins, John Mann, Lyal Cocks and John R. Wilson took the opposite view, praising the sale of 24.99% in the airport as a good deal for QLDC ratepayers. 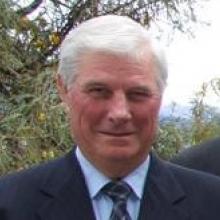 "There's been nothing from the airport for years and now we'll pick up $10 million and then $2 million a year ... It's a great situation."

Mr Perkins said the announcement at a meeting on Wednesday night had come as a surprise, but he accepted the board's explanation the deal was "very commercially sensitive".

Cr Mann said the council expected board members to act in the best interests of the community and he was comfortable they had.

"I'm very positive about it. I think it successfully addresses our capital requirements we need to keep the airport continuing to develop," Mr Mann said.

Cr John S. Wilson, the deputy mayor and also a mayoral candidate at October's local body elections, said from Australia he had been briefed on the deal before he went on holiday and thought it was a "good strategy that made a lot of sense".

He said he would be surprised if some councillors claimed they were shocked by the news.

Cr Cocks, also the Wanaka Community Board chairman, was "not shocked at all" to hear of the alliance between the two airports.

"We all knew the airport [corporation] was in the midst of trying to raise capital for future developments," he said.

The council was not privy to the details of how the QAC intended to raise its capital funds, nor with who, because of contractual confidentiality agreements between the two parties, Mr Cocks said.

Cr John R. Wilson said the timing was a surprise, but the option of selling shares had been around a while.

"My reaction is very favourable; it's a great idea, because we still have majority control and we release funds to the community, which can be used in a special way, like a new conference centre."

However, Cr Macleod said she was "shocked and disappointed by the way it was done".

The council should have been more widely consulted and while QAC board members had good business heads, it was not about growth at any cost, she said.

The airport had "very significant land holdings", which could have given a return to the community at some point.

"I'm not sure why we didn't test the market. I'm also very nervous about selling off a huge portion to people outside the district, who don't have the district's interests at heart."

Cr Gilmour said she was "surprised and disappointed" to hear about the deal.

"My concern is the process, that the protocol is in place to allow councillors to be blindsided by the public announcement of a $27.7 million sale of the council's most important strategic asset.

"I question whether that would happen in any other business, where the owner was not even forewarned, much less consulted, about the sale of a quarter of its holding."