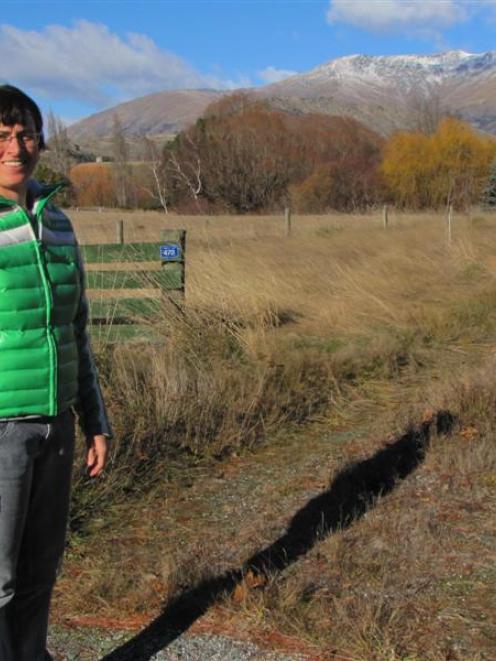 St Joseph's School board of trustees chairwoman Gigi Hollyer, of Queenstown, stands on the vacant site for the Catholic school's new campus, on Speargrass Flat Rd, near Arrowtown. Photo by James Beech.
The Catholic Bishop of Dunedin says "the way is now clear" for a new $3-$5 million campus to be built for 112 primary school-aged children near Arrowtown, after neighbouring appellants ended their six-year legal battle.

The remaining two pairs of appellants said yesterday they still opposed the development, despite the withdrawal of their application to appeal the High Court decision in April, which upheld earlier Environment Court approval and resource consent granted by the Queenstown Lakes District Council.

Residents' spokesman James Hadley said the appellants decided to "let commonsense and the true needs of the local community ultimately determine whether or not a school will be successfully operated at the site".

Bishop Colin Campbell, Roman Catholic Bishop of the Diocese of Dunedin, said he was "gratified" to receive official word of the withdrawal.

"Our plans are ready for immediate implementation once our discussions with the Ministry of Education are completed and suitable financial arrangements put in place."

Bishop Campbell said the campus was "ideally located" to serve the Arrowtown end of the parish and it would ease pressure on St Joseph's School. 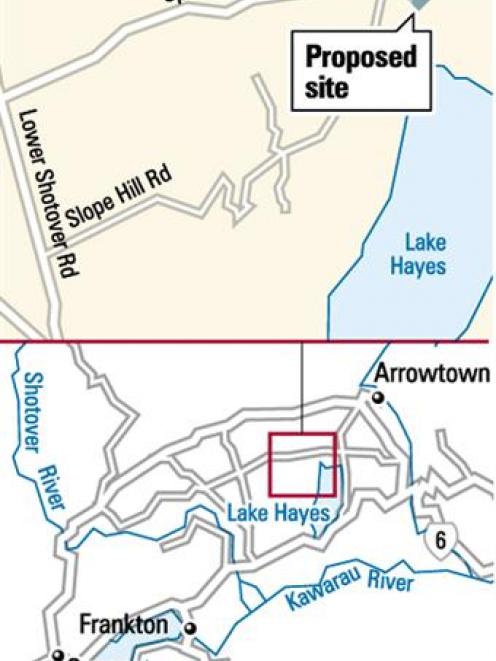 "Being away from the main highway helps avoid the major safety concerns associated with some other sites. It is on an existing school bus route."

More children are expected to enrol as they turn 5 this year.

The enrolment cap is 175 pupils.

St Joseph's School chairwoman Gigi Hollyer, of Queenstown, said yesterday she and all the board of trustees and staff were "excited" about the campus development, but knew it would be a challenge.

The first pupils to begin studying at the campus to be known simply as "Speargrass" were expected in 2014, earlier than indicated, Mrs Hollyer said.

The new school will share the same special character, the same principal, Trisch Inder, the same board of trustees and possibly the same parent-teacher association as St Joseph's School.

The recruitment of extra teachers would correspond with Speargrass enrolment growth.

Consultation with the school community will begin with notification this week and would involve a parents' evening in mid-July.