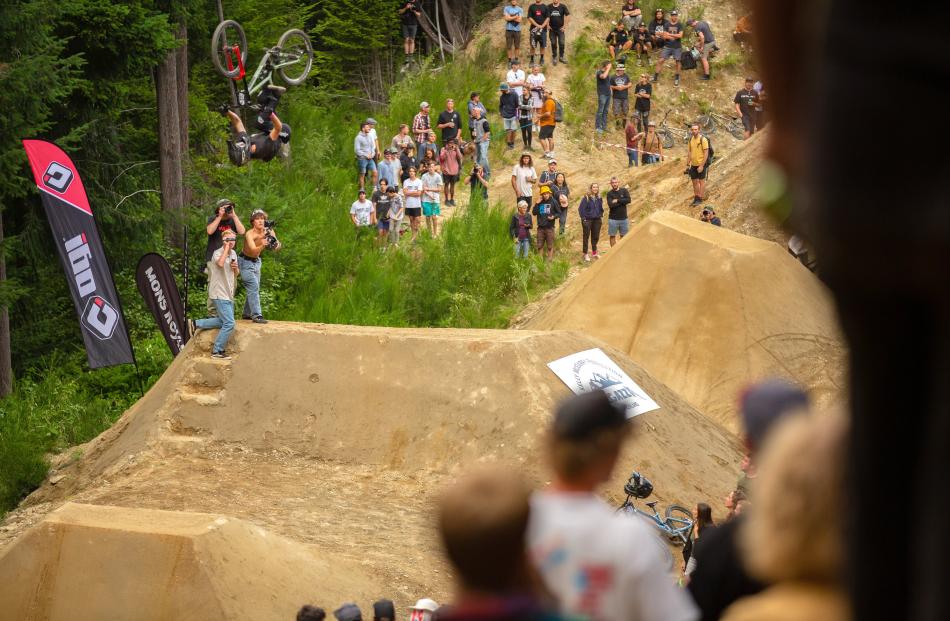 Showing off their skills at the McGazza Fest in Queenstown on Saturday night are (left) Billy Meaclem - Photo: Phil McLean 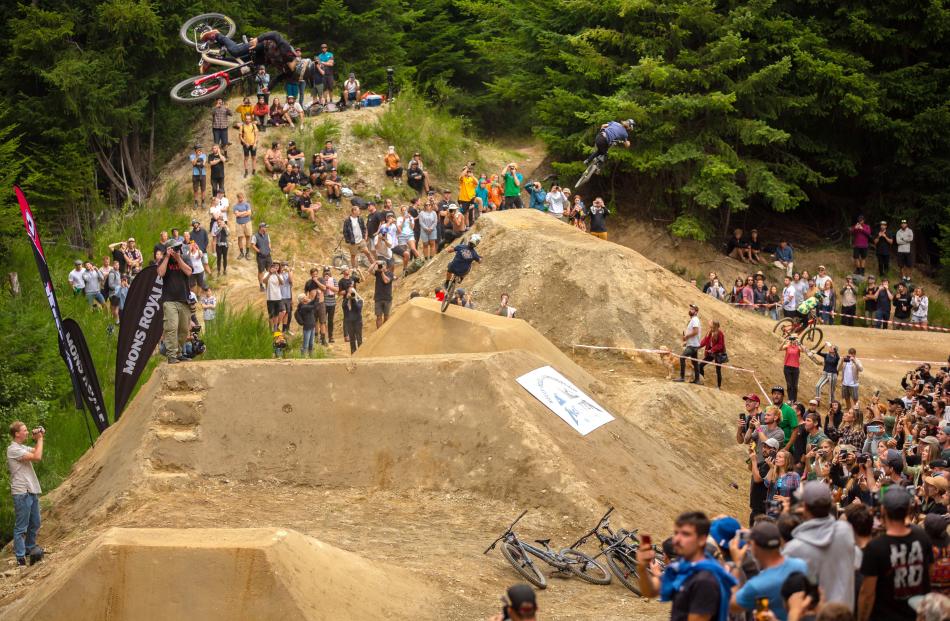 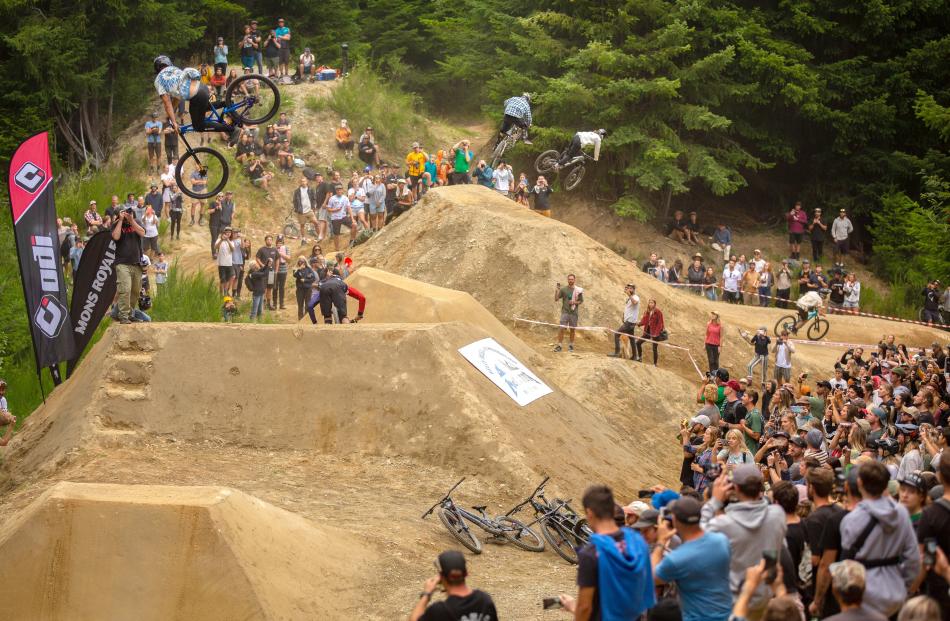 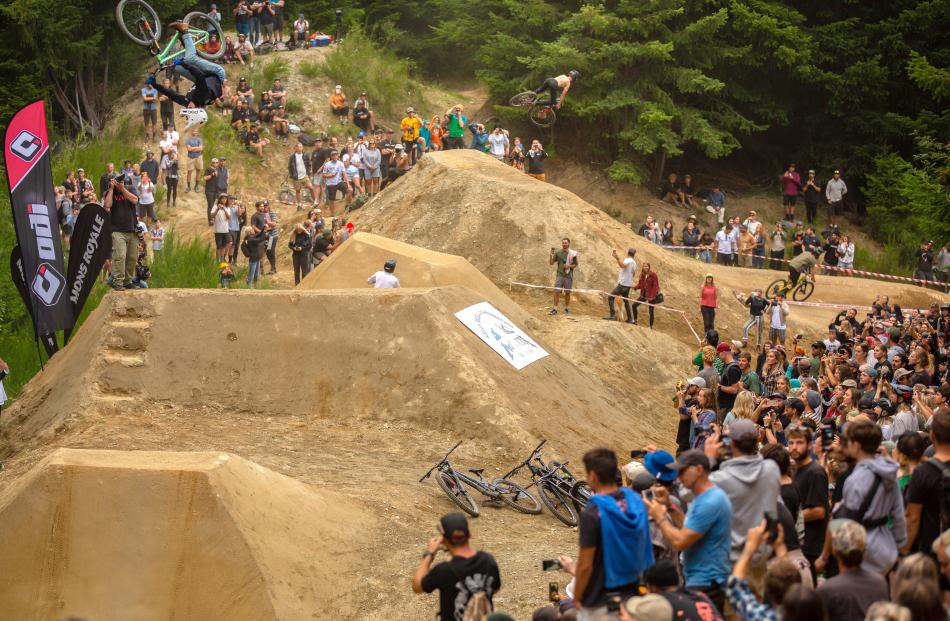 Hundreds turned out to celebrate the incredible legacy of a Queenstown mountain bike rider who died in 2016.

Kelly “McGazza" McGarry was world-renowned for his skills, and his backflip over a 22m canyon gap in 2013 has continued to rack up YouTube hits, reaching more than 196million views.

The 33-year-old’s legacy has survived through the Kelly McGarry Foundation, which each year runs the McGazza Fest in Queenstown.

Organiser Fraser Gordon said the three-day event had steadily grown each year, but the focus was to keep it relaxed and centred on honouring McGazza.

On Friday night, friends and fans donned their best fancy dress as their old pal, to ride their way down from Skyline Gondola to Atlas Beer Cafe.

Mr Gordon said there were plenty of long blonde wigs, while some of McGazza’s closest friends wore more intricate details, such as a bloody bandage.

“There was a while where Kelly had a wound on his elbow that never healed because he kept crashing on it."

On the Saturday, the rain held off and a jam session drew about 750 spectators and over hundred riders participated at Fernhill Bike Park, Mr Gordon said.

“Everybody was absolutely stoked on it. It was probably one the best jams we have had so far."

He said the continued success of McGazza Fest showed the high regard in which the rider was held.

"I think it’s kind of crazy, it surprises us now how much his legacy continues to grow. I think it’s a testimony to his drive and how revered he was a person and what he did for the sport."

It was an all Kiwi affair this year, as the usual international riders were shut out at the borders, although people did travel from Auckland and Christchurch.

On Saturday night there was a party at Lone Star, while on Sunday the memorial ride around Fernhill Loop was held.

It took in the spot where Mr McGarry died while riding in February 2013 and passed his memorial.

The day ended with a second jam at the Gorge Rd Jump Park.