Cold but safe after capsize 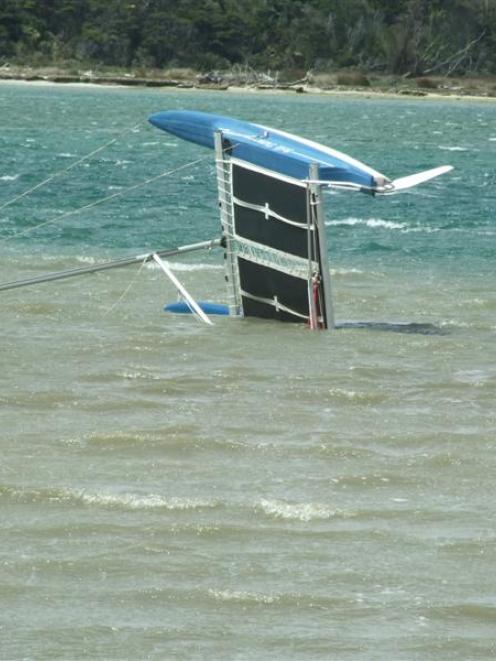 Catlins Cafe owners Aileen and Steve Clarke were trying out their catamaran in the estuary of the Catlins River, at Hinahina, when the boat capsized.

Mrs Clarke swam to shore to call for help while her husband stayed with the boat, crawling on top of it.

''We were just coming back in after we decided it was too windy ... It got quite choppy.''

She said it appeared one of the pontoons filled with water as it caught the wind and nose-dived.

The catamaran was a birthday present for Mrs Clarke, and the couple had taken the craft out only once or twice before yesterday.

Senior Constable Murray Hewitson, of Owaka, said the alarm was raised about 12.45pm by Mrs Clarke. Four members of the Catlins Marine Search and Rescue team rescued Mr Clarke, who was ''very cold'' after spending aboutan hour on the water.

He was taken home to warm up while the team tried to refloat the craft.

Initial attempts to recover it were thwarted when the sail caught the wind. The sail was later removed and the catamaran recovered shortly after 6pm, ''reunited with its trailer'' and returned to the Clarkes.

Mrs Clarke thanked community members for their efforts, and said she and her husband were glad to be ''safe and sound and warmed up''.