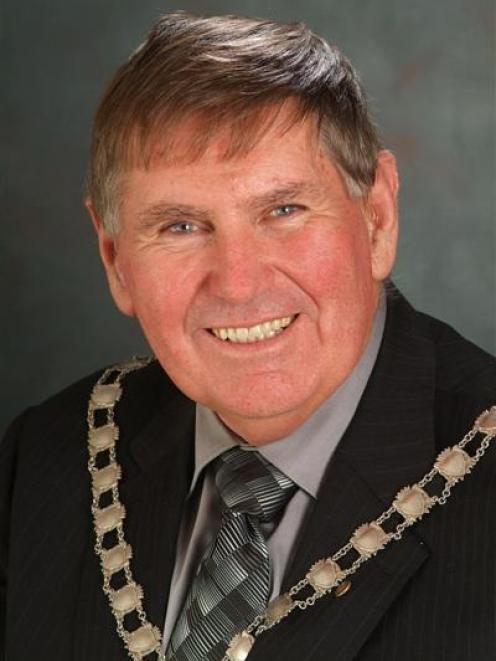 Juno Hayes
First he was standing, then he announced his retirement, and then Clutha Mayor Juno Hayes yesterday said he had decided to stand for re-election after all.

Yesterday's news came as a surprise to mayoral candidate and present deputy mayor Hamish Anderson, who said it was very interesting.

"Given what he said [earlier], it seems quite strange. He was [standing], then he wasn't; now he is again."

Both men have put their bids down to a sense of timing.

Mr Hayes said he bowed out of the race earlier this month because he thought his "time had come".

He had reconsidered after receiving encouragement from the community.

"The amount of contact the public has had with me ... It's been quite humbling the number of people who have contacted me."

It was hard to gauge public opinion until something like this happened, he said.

Mr Hayes said he had changed his plan for managing his Milton forestry interests, which would allow him to do both jobs.

"I guess that invalidates his reasons for not standing," Mr Anderson said.

Mr Anderson said he had thought it was the right time to stand, and his bid was not a personal issue between the men.

"In terms of our relationship, we haven't had a falling out or anything."

Mr Hayes' decision was good in that it gave people a choice, Mr Anderson said.

Mr Hayes said he was looking forward to the campaign.

"On counting day, we will know whether my presumptions were correct or not."