$1.7m boost to Southland for airport and growth

By Luisa Girao
1 Comment
The Government's investment in Southland is a "vote of confidence" for the region, Invercargill Mayor Sir Tim Shadbolt says.

Included in the investment was $500,000 for Invercargill Airport, $593,481 for the Oreti managed aquifer recharge pilot, $100,000 for the Stewart Island/ Rakiura economic development plan and $550,000 to establish a business start-up investment network.

Mr Jones described the announcement as a way to encourage Southland to work on its "mega proposal" of economic growth.

The investment would help Invercargill Airport prepare for the first direct flights between Auckland from August 26. 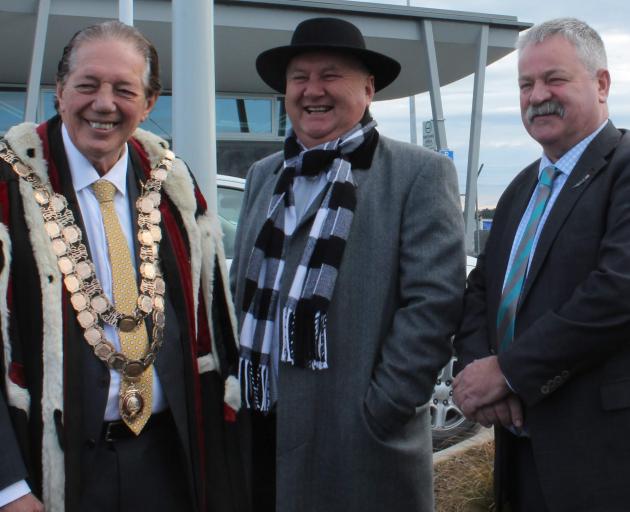 He would like to establish a permanent regional airports fund.

Invercargill Airport general manager Nigel Finnerty spoke of economic and social opportunities for the entire region from new direct service and said Southland was ready to "take off" after the announcement.

Sir Tim said the flight would connect Invercargill to the rest of the world.

The money targeted at Stewart Island was necessary and should lead to larger investment, Mr Jones said.

"If we going to boost international tourism into places like Stewart Island, the Crown has a role to play to ensure that it is durable and we will be continuing to advocate for this sort of outcome."

Southland Mayor Gary Tong said the announcement, combined with what had already pledged by the Government, would stimulate the region as it continued to grow.

In April, two Gore projects received $3.7million and before yesterday's announcement Southland received $17.8million from the fund - $12million of it for optical fibre internet connection to Milford Sound.

'Common cold' could be behind symptoms among Stewart Island residents

Included in the investment was $500,000 for Invercargill Airport.. that should just about cover the fresh Line Marking.