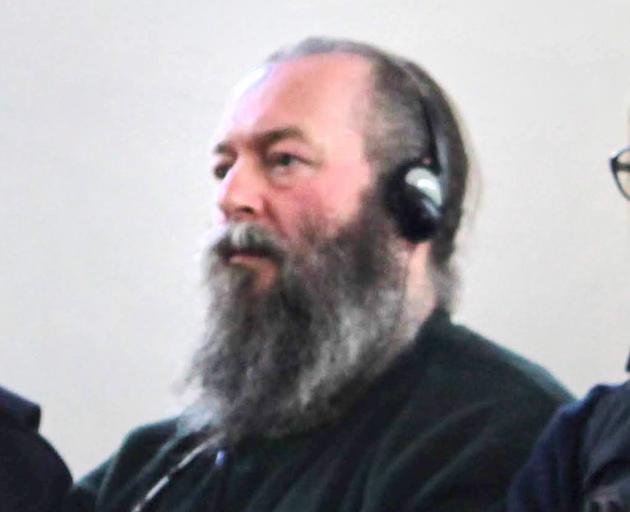 Benjamin Barrie Bradbury has been sentenced to preventive detention. Photo: Luisa Girao
The innocence of six children has been taken by a convicted rapist who was found guilty of touching them at a Queenstown swimming pool, the court has heard.

Benjamin Barrie Bradbury was sentenced yesterday in the High Court at Invercargill to preventive detention, an indeterminate prison sentence that could keep the 44-year-old Tauranga man inside for years.

Justice Gerald Nation jailed him indefinitely with a minimum non-parole period of five years to ''protect the community''.

In March, Bradbury was found guilty of 10 of 13 charges he faced in the Invercargill District Court.

Between June 10 and 14, 2017, he indecently assaulted six girls aged between 5 and 10 in the lazy river at Alpine Aqualand, at the Queenstown Events Centre.

Justice Nation said it was not the first time Bradbury had gone to jail for similar offending.

In 2001, he was sentenced to 18 months imprisonment on two charges of indecently assaulting a 6-year-old girl.

Eight months later, when he was released, he indecently assaulted five females, two aged between 12 and 16.

In the same year, he abducted a 15-year-old girl at knifepoint and raped her.

Bradbury was released from jail in April 2016 with an extended supervision order.

The incidents at the Queenstown swimming pool happened 14 months later.

Justice Nation said Bradbury fulfilled all the ''pre-conditions'' of a preventive detention as all his prior convictions were related to a pattern of sexual offences against young girls.

He also said his refusal to engage in treatment showed how ''he failed to learn from his previous sentences''.

''Young children should be able to grow up free of the fears and the apprehension they felt in consequence of your actions, Mr Bradbury.''

One victim's mother read a statement before the sentencing.

She said her daughter had nightmares since the incident and did not want to be alone in public places.

''She made us promise that the naughty man - as she called him - wasn't going to drive to our place and come to get her while she was sleeping ... With tears in her eyes, we promise our 5-year-old daughter she was safe at home with us.''

She said the incident caused a lot of ''stress and tears'' for her family.

At the beginning, she was ''reluctant'' to put her daughter into that situation in court but when they were advised the offender was a convicted ''child sexual offender'', they believed it was the right thing to do.

Before the sentencing, defence council Sonia Vidal said the preventive sentence was not justified due to Bradbury's age and the ''de-escalation'' of the offending.

Crown prosecutor Riki Donnelly disagreed and said the victims were very young and the offending would have a significant impact on their lives.

Ms Vidal said her client indicated he would appeal the decision.