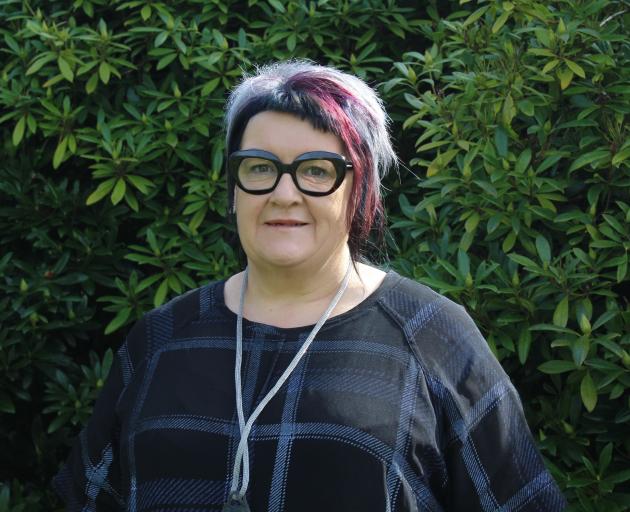 The Tūātapere Medical Centre practice manager is entrusted with trying to get as much of her community vaccinated as possible, but numbers remain low for much of rural Southland.

A lot of people have already made up their mind, she says, and despite her practice going the extra mile by calling patients, many won’t be moved.

Her concerns are pieces of a familiar mosaic: there is a growing divide between vaccination rates in urban and rural areas. And in Southland, a district that sprawls out into some of the most remote sections of the country, the theme holds true.

"People are going to care when it hits them. God help us, we don’t want that to happen [but] I think that’s the only way," Sanford says.

In Tūātapere, where figures come under the umbrella of Longwood Forest, almost 30% of the population remains unvaccinated.

Only 46% have received a second dose, placing the town in the bottom 13% nationally for that statistic.

Up the road in coal mining towns Ohai and Nightcaps, the numbers are even worse.

With a combined population of about 1500, one third of the population remains unvaccinated, and uptake of 42% for the second dose places them in the bottom 7% nationally.

Ohai has also been without a medical centre for 10 weeks because of upgrades, but is set to re-open on Thursday.

Sanford says the low numbers there are a "huge concern", and claims getting younger people vaccinated has been a struggle.

The lowest group of vaccinated individuals is the 20-29 age bracket, she says, compared with 89% of over-70s now vaccinated.

"I don’t know that reality has hit. OK, we had Covid down here ... a long time ago now. It’s all been pretty much Auckland.

"The general population, not just younger people, I think, are over it. Over listening to the news. It’s the same all the time."

Sanford feels stumped. She wants people to get the vaccine, but acknowledges it is an individual choice, and people are within their rights to refuse it if they do not feel comfortable.

She hopes Southlanders can realise getting vaccinated is not just about them, it is also about protecting others.

"It’s a rapid, deadly virus. We need to get people to realise that," she says, "or think about
the elderly in their community, the vulnerable, the young people that can’t get it.

"By us all being vaccinated, it protects a wide group of vulnerable people." 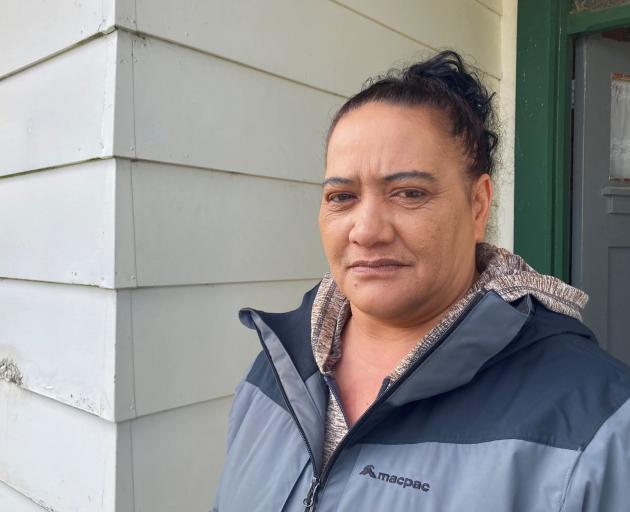 McKenzie, who works in the education sector, says she is not opposed to the vaccine, but has some concerns about the speed at which it was produced.

She says a major driver in ultimately getting it was her daughter’s impending wedding which she feared she wouldn't be allowed to attend without the vaccine.

Her hand was forced, she says, and she worries about where things are headed. 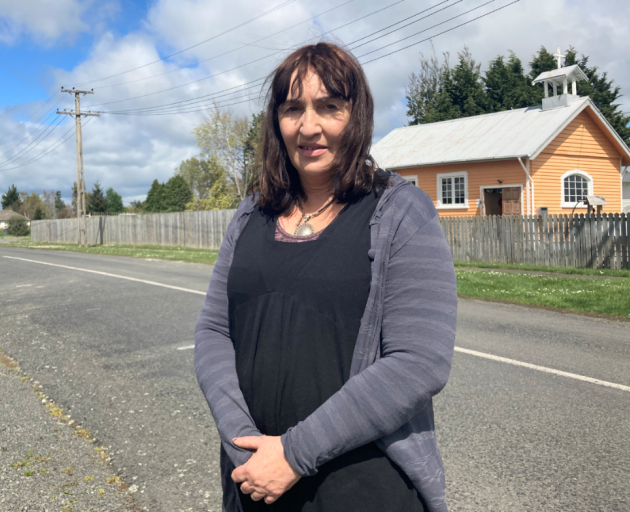 Bridgette Simpson, also of Ohai, is confused why so many people in her small town are opposed to the vaccine. Photo: Matthew Rosenberg/LDR
A couple of streets over, Bridgette Simpson holds a different view.

Simpson believes there is a strong feeling of anti-establishment in the town, and says people turn their nose up when they find out she’s vaccinated.

The thought of extra pressure being put on the health system at the expense of patients who need urgent attention makes her feel angry. 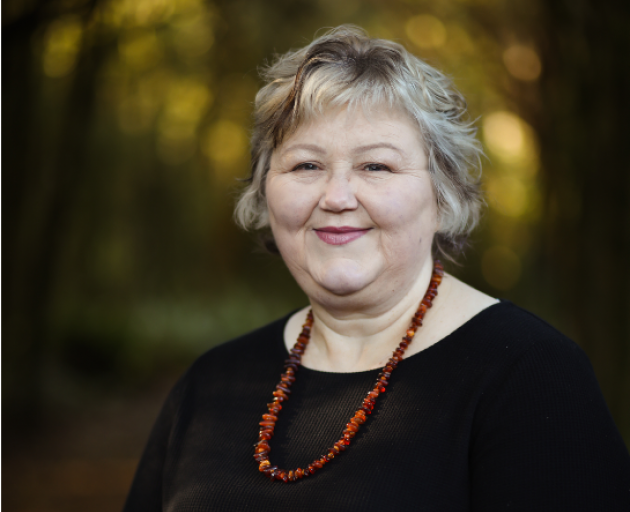 As chief executive of Ngā Kete Mātauranga Pounamu Charitable Trust, Wright-Tawha heads up vaccine drives in areas where accessibility is limited, including Ohai.

Across five separate dates between August 10 and September 9, her organisation administered 644 vaccines in the small town.

"What we’re becoming aware of is there’s been a bit of a dip, so we’re changing our strategy.

"We’re looking at the potential to get out into rural communities and offer day clinics via mobile means, rather than being reliant on finding a venue." 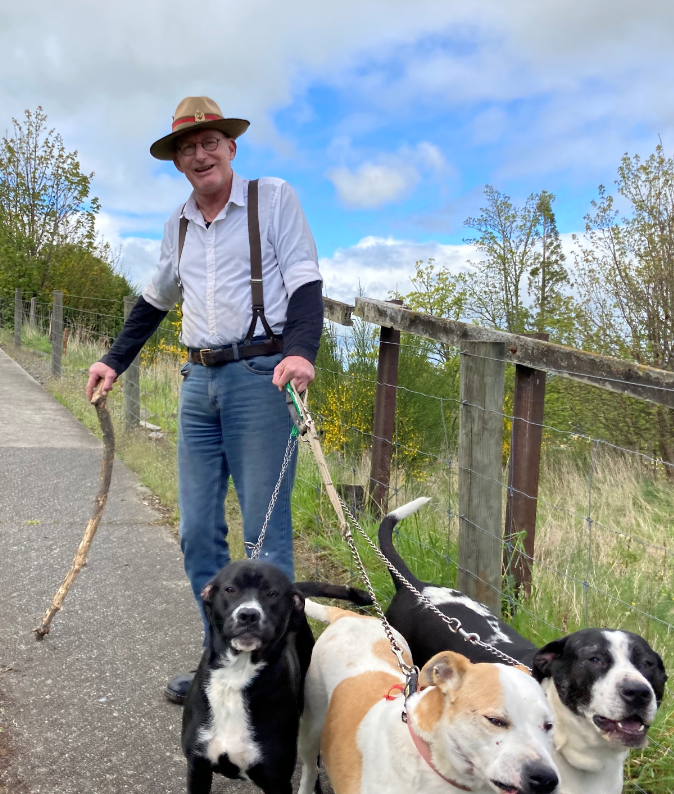 Nightcaps resident Peter Bayley encourages people to go out and get the jab. Photo: Matthew Rosenberg/LDR
People in adjacent Nightcaps provided a range of views, with one person who did not want

to be named saying locals have an aversion to wearing masks when they come into her shop.

Peter Bayley, who once lived on Ponsonby Rd, said he had received both doses of the vaccine and believed most of the community around his age was in the same boat.

He has not had his first dose, but says he is not opposed, just put off by some of the "stigma" around it.
In the town he hails from - Ōtautau - numbers are also low, but residents who spoke to Local Democracy Reporting could not figure out why.

Thirty percent of the local population remains unvaccinated, with just 44% having had their second dose - placing them in the bottom 9% nationally for that category. 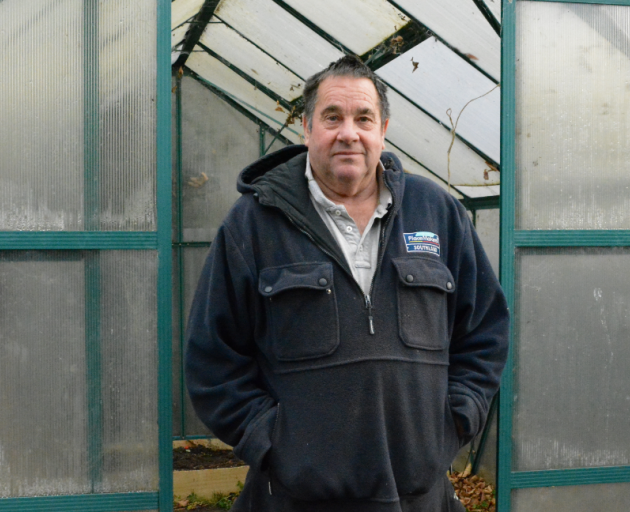 Wayne Hebberd says he didn't feel the injection going in because he was too busy talking. Photo: Matthew Rosenberg/LDR
Wayne Hebberd has lived in the small town for nine years and took his first dose after having a "good talk about it" with his doctor.

"I didn’t even know I’d had it! The lady was rolling up my sleeve and I was chatting to her and then she said, 'you're finished'.

"I didn’t feel anything, you know."

Neighbour Gretchen Wilson is astounded the numbers are low because everyone she knows in the town has been vaccinated, including herself.

Vaccine uptake in southern metropolitan areas is considerably higher than their rural counterparts.

In Dunedin Central, 92.5% of the population have received at least one dose of the vaccine.

In Invercargill, 81.6% have received their first dose.

Anyone over the age of 12 is eligible to get a free Covid-19 vaccination, and there are at present 32 vaccination services operating across Southland.