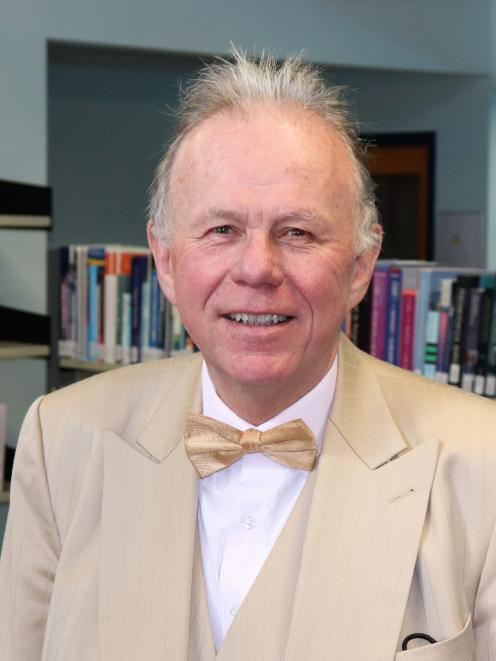 Henck van Bilsen. PHOTO: SUPPLIED
Feeling stressed and anxious about how our lives have changed due to the Covid-19 crisis is a natural response, and should not necessarily be called mental illness.

That is one of the strategies or "first aid mental skills" Southern District Health Board consultant clinical psychologist Henck van Bilsen will be sharing at his free public talks, How to Stay Sane in a Crazy World, in the southern region this month.

During his forty years of working as a psychologist in the United Kingdom and in Waikato before moving south, Mr van Bilsen developed short one-day workshops to help the mental wellbeing and resilience of people and communities.

He said the health board asked him to run the workshops to coincide with Mental Health Awareness Week from September 21 to September 27, and because of the success of his workshops in reducing waiting lists for psychological therapy.

It was only natural to wake up a bit more sombre, to be a bit more stressed and to feel more anxious than we normally would "because everyone’s world had changed due to the Covid-19 pandemic", he said.

"Who would have thought a year ago that all of a sudden international travel would be virtually impossible or even travelling to Australia, no-one expected this, so everyone’s lives have changed and some have had their lives changed dramatically because they have lost livelihoods or their jobs, or they see their business gradually declining.

"These are big things."

Mr van Bilsen described it as life throwing a curveball; people should expect "to get a bit out of balance".

He also believed there would likely be a marked increase in depression and anxiety when a vaccine was eventually found for Covid-19.

"Our mind is actually very good in dealing with huge stresses such as a fire, we rush to put it out, but when we go home safely and relax, that is when the stress kicks in."

Workshops have been confirmed so far for Queenstown on Wednesday, October 21 at the Queenstown Events Centre and in Te Anau on Friday, October 16 at the Te Anau Club.

Quoting from the body of this article: ‘....because everyone’s world had changed due to the Covid-19 pandemic", he said.’
So why would the headline be in quote marks? And how many lives does everyone have? Surely only one. So ‘everyone’s life has changed.’