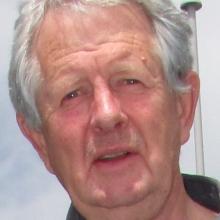 Brian Lloyd.
Two Wanaka Community Board candidates are still waiting on the final results from the local body election as special votes are counted.

Ruth Harrison has a small lead of 21 votes over deputy chairman from last term Brian Lloyd.

An official declaration of the votes was expected to be made on Monday. Should Mr Lloyd be able to pass Ms Harrison, he would join Rachel Brown as the only board members from the previous term to be re-elected.

Ms Harrison, who has 1745 votes, said there was not much else she could do but wait on the results, just like everyone else.

Unlike Ms Harrison, Mr Lloyd had accepted he would not make it on to the community board for this term.

"I don’t think the remaining votes will make much of a difference but if they do, then it will be a bit of a surprise," Mr Lloyd said.

He admitted to being confused as to why only one board member from the pervious term had been re-elected.

Mr Lloyd said the feedback he had received from people about the performance of the community board was mostly positive.

"I am a little perplexed as to why it has happened but you’ll never really know," he said.