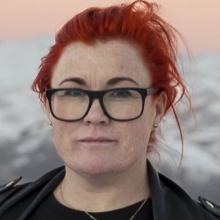 Bridget Legnavsky
Cardrona Alpine Resort has had to reveal its expansion plans on its website in order to stop "the gossip" around town, Cardrona general manager Bridget Legnavsky says.

Ms Legnavsky said its proposal to buy Treble Cone Ski field and its merger with Soho Basin last year had fuelled "heaps of gossip around town".

She said people were "making stuff up" and "we wanted to clarify that".

In the video Ms Legnavsky said if Treble Cone shareholders, the Commerce Commission and the Department of Conservation were "comfortable and agree" to the purchase, Cardrona's immediate plan for Treble Cone Ski field was to "leave it as it is".

She said some investment would be made in snow-making machinery to enable Treble Cone to "reliably" open for the start of the July school holiday period and consideration of a dual mountain pass would follow.

She said plans for the Soho Basin were to have the first lift open by winter 2022 and to construct a ridgeline, zero-waste, zero-carbon building, bunkered in the ground, that did not "disturb the landscape".

In the post Ms Legnavsky asked for feedback on the company's Facebook page and said so far the comments had been very positive.