A plan is being developed to help Mt Aspiring College cope with its rapidly increasing roll. 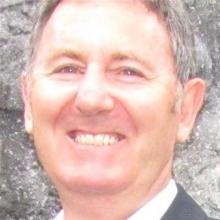 When pupils arrived for their first full day of school this week the school’s roll was 906,  50 up on the start of last year, principal Wayne Bosley said.

A plan to help the school cope with the increase was being worked on by the school and the Ministry of Education.  At the moment all the pupils had a classroom and the school was fully staffed, he said.

"What we are hoping to achieve — and we have been working with the ministry for a while — is a redevelopment plan of our whole campus which would allow for a roll of up to about 1200 pupils," Mr Bosley said.

That number was not a limit or a goal and would not happen overnight, he said.

"It’s a number worked out by us and the ministry which gives us an idea of what we can possibly expect in the future and helps us design a campus which can fit in around that."

Part of the plan was to find a design which would allow the school to grow without taking away any green or playing fields.

"From a teacher and staff members’ point of view, it is exciting to be part of a growing school ... It brings its own challenges but it’s a lovely environment to be in."

A special needs facility and a new classroom block, with five learning spaces, were completed at the end of last year.

When Mr Bosley started as the deputy principal in 2000 the school’s roll was about 325.

Wanaka Primary School has a starting roll of 620 pupils, up from 592 at the start of last year, and  at Holy Family School there are 20 more than the same time last year. Hawea Flat School has started with 205 pupils and is expected to grow to about 250 by the end of the year.