Cricket: Gift to nation looking to forge a new identity 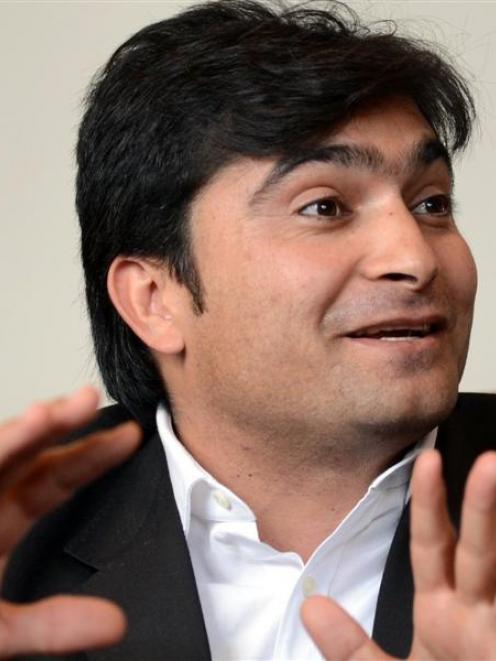 Afghanistan Cricket Board chairman Nasimullah Danish in Dunedin yesterday. Photo by Peter McIntosh.
Who knows how many bullets were fired skyward in celebration when Afghanistan beat Kenya to qualify for the 2015 World Cup?

But gunfire could be heard everywhere from the remote mountain villages to the streets of Kabul.

In a war-torn and divided country, it was a rare moment of unity and a story all Afghans could feel good about.

Cricket, it seems, is not just a pleasant distraction.

It promises to bring people together rather than forcing them apart.

For Afghanistan Cricket Board chairman Nasimullah Danish, the game has been a gift to a nation struggling to forge a new identity.

''We had nothing in Afghanistan,'' he said.

''We have something now but we had nothing during the war with the Soviets and then during the tenure of the Taliban.

''There were no roads, no [medical] clinic, no team and no sports. Nothing was in Afghanistan.

''Now people stay awake the whole night to see their heroes on the TV.''

Afghans are in for another long night soon.

Their side plays Scotland in Dunedin tomorrow.

An Afghanistan win would be greeted with more gunfire but, regardless of the outcome, the Afghans have already proved their worth at the tournament.

The headband-clad right-armer grabbed three wickets, including the key wickets of Kumar Sangakkara and Mahela Jayawardene.

Following the cracking delivery which accounted for Sangakkara, Hassan felt compelled to celebrate with a cartwheel.

It is that kind of passion Danish hopes will take Afghanistan from cricketing minnow to world power in the next decade.

There is a lot of work needed to build the infrastructure and develop the expertise for that to happen, he said.

But Afghanistan has already come such a long way in such a short time and he is tremendously ambitious about the future.

''But at the moment our team is a level down from the full-member nations. But it is only the maturity and the experience which is taking matches away from Afghanistan.

''The most important thing is that we play more matches with the full-member nations so then we will get the maturity and the experience so we won't be disadvantaged.''

Cricket has been played in Afghanistan since the mid-19th century but it was not until the formation of the Afghanistan Cricket Federation in 1995 that more organised and structured competition was possible.

Afghanistan was made an affiliate member of the ICC in 2001 and was promoted to an associate in 2013.

Its first major tournament was the 2010 ICC World Twenty20 but its victory against Kenya in October 2013, which secured its qualification for the 2015 World Cup, was the biggest day in its history.

A win against Scotland tomorrow would be a new high.