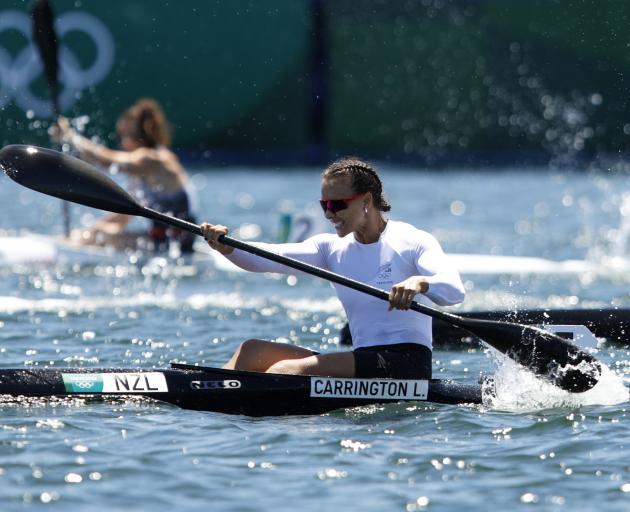 Lisa Carrington powers to victory in the women’s K1 200m yesterday. PHOTOS: GETTY IMAGES
Now that is a golden double.

Kayaker Lisa Carrington paddled her way into immortality with two utterly dominant performances on the Sea Forest Waterway at the Olympic Games in Tokyo yesterday.

She powered away from her opponents in the K1 200m final to win gold by almost a boat length and in an Olympic best time 38.120sec.

The race was over so quickly, and the manner of the victory so emphatic, there was barely time to embrace the delicious tension which normally accompanies such big moments in sport.

A little more than an hour later, Carrington teamed up with Caitlin Regal to claim gold in the K2 500m. 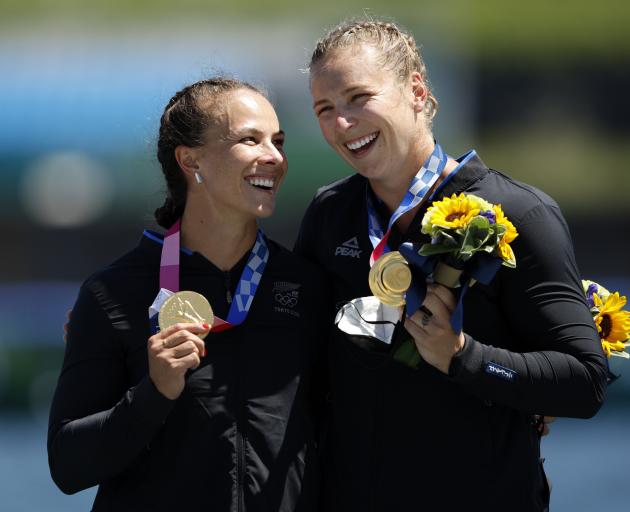 Carrington and Caitlin Regal celebrate gold medal success in the K2 500.
The race followed a similar pattern. The New Zealanders got off to a fast start, never surrendered the lead and won in an Olympic best time of 1min 35.785sec.

Incredibly, it was Carrington’s fourth race of the day.

She had earlier won her semifinal and joined Regal in their semifinal victory.

That is a lot of consecutives.

She also nabbed bronze at the Rio de Janeiro Games in the K1 500m. 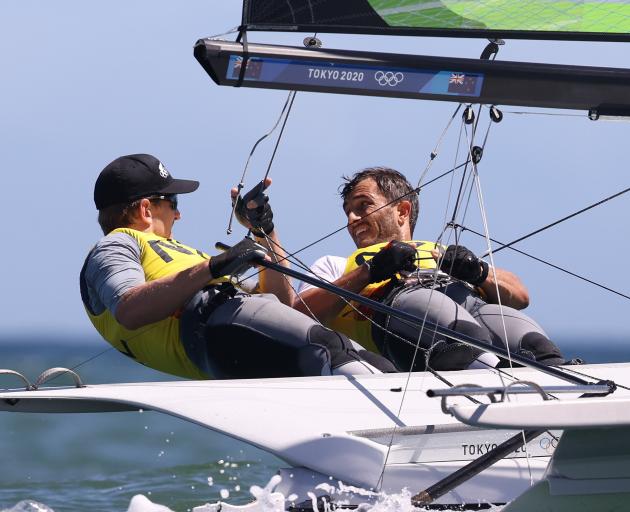 Peter Burling and Blair Tuke sail to silver in the men’s 49er class.
She is competing in the K1 500m today — the final is tomorrow and who would bet against her?

She is also in the K4 500m which starts on Friday.

The pair, who won silver at the London Games and gold at Rio de Janeiro, were in the gold medal position heading into the final race.

But the Great Britain crew pipped Germany by two seconds in a tense finish, to claim gold.

Tuke and Burling were a further 15 second back in third and dropped to the silver medal position.