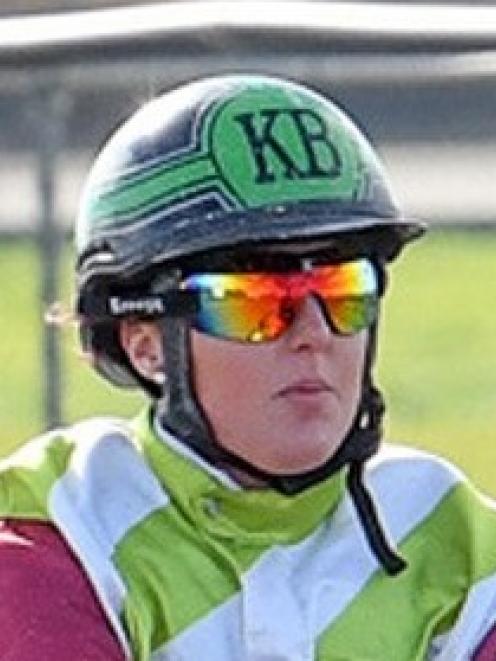 Kirstin Barclay
Late-season bids to qualify for the Southland Oaks and Southern Supremacy Stakes have helped set up a blockbuster feature pace at Ascot Park today.

Canterbury 3yr-olds William Wallace and Lulu Le Mans will have to be on their game to rack up qualifying dollars for the group 2 features when they take on some Southland’s most progressive pacers.

The pair will clash with established 4yr-old Robyns Playboy, the improving Forsure and rising southern star Love On The Rocks.

The latter turned heads when he shot towards the top of the Southern Supremacy Stakes leader board with three emphatic post-lockdown wins.

Trainer-driver Kirstin Barclay is confident Love On The Rocks’ motor will measure up with those of his more experienced rivals when faces his biggest test, in race 8.

"This will be tough for him. There are some really nice horses in there."

"I definitely think ability-wise he can measure up to them, but only a few weeks ago he was a maiden.

"His lack of experience compared to horses like Robyns Playboy, who has been in that grade for a while, could be the problem."

Barclay has been patient in handling Love On The Rocks early in his races as she has moulded him from a wayward maiden to a rising star.

That is likely to be the case again today in what will be his second start off the unruly position.

"If he did things right we might drive him a bit differently, but it just depends on the first 100m."

Southland Oaks and Southern Supremacy Stakes qualifying, which requires 3yr-olds to have two starts at southern harness meetings before the end of the season, has also set up help spice up race 9.

The Mitchell Kerr-trained filly A Taste Of Honey, in her second qualifying attempt, will again have to overcome barrier 1 on the second row to win.

Matthew Williamson looks a driver to follow in the remaining races.

Tres Chic produced a big debut effort when she recovered to run seventh after an early gallop at Ascot Park last weekend.

"Graeme has put on overcheck on her, which should help, and if she behaves she should be a pretty good chance.

"But I am a bit wary about Tact Fergie, who has been trialling really nice."

"He won pretty easy. He only does what he has to but he did ran a pretty good time.

"It is a little bit of a step up this week, but he should be pretty hard to beat."

The reinsman has opted for Funky Monkey (barrier 2) ahead of her stablemate The Artful Dodger (barrier 8) in race 4.

"I think with the draws, Funky Monkey will be the better chance.

"The Artful Dodger is still working on his gait and being out wide, it won’t help.

‘‘The Funky Monkey is not a bad horse and I think she will go on to win a few races."

Another of the Phil Williamson barn, Horse Of Course, looks the best of Williamson’s remaining chances today.

"He has been pretty consistent lately and he should go another good race."