Rugby: Working for the next big thing 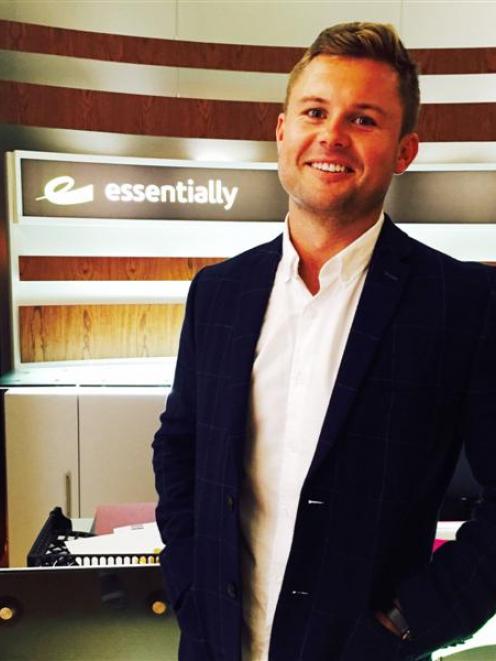 bateshenry_Medium.JPG
Henry Bates is one of the few accredited sports agents in New Zealand. The Otago Boys' High School old boy is also charged with helping uncover and manage the next big thing in rugby, as part of his role with the Essentially Group in Auckland. He talks to Hayden Meikle.

Hayden Meikle: How do we refer to you, Batesy? Agent? Lawyer?

Henry Bates: I still tend to use the term ''sports lawyer''. But I am an accredited rugby agent and focus predominantly on rugby.

HM: Do you have to be accredited to be a sports agent in New Zealand?

HB: Unfortunately, you don't have to be accredited to act on behalf of rugby players. I think there's 10 accredited agents and a handful of others. The Players' Association and the NZRU have effectively given their tick of approval to the ones on the accredited list.

HM: The image of a sports agent is of a guy in a sharp suit and sunglasses, always on a mobile phone - is that you?

HB: There's not much suit-wearing, these days. But the mobile phone is never far from my hand. We're always talking. But the image of the New Zealand sports agent is a bit different to what you see in the movies or in things like English football or American sport.

HM: What's the best part of the job?

HB: Just being able to work in something you really enjoy. I'd be watching a lot of rugby anyway, even if I wasn't working in this area.

HM: Does it get really competitive among the agents, trying to get the next big thing signed up?

HB: Yes, it does. Part of the aim when I came on board with Essentially was to help deal with a shift in the market to younger players, and to help protect our share of the market. There's a big focus now, with First XV rugby on Sky and the rise in the New Zealand under-20 programme, on trying to get in front and meet these young guys and their parents.

HM: You're dealing with 17-year-old kids with big dreams. Does your job include an element of social responsibility, trying to steer the player and his family in the right direction?

HB: Absolutely. It's quite challenging to pitch to a young player and a family, because you can't always do a lot for them. You want to secure them as a client down the track, obviously, but you also want to keep their feet on the ground. We're not there to put stars in their eyes or sell them a dream that is unrealistic. We're there to offer advice and explain challenges and help them through decision-making processes around their first contracts.

HM: Do you watch a lot of First XV rugby?

HB: I do, probably too much. We've got a pretty comprehensive network of contacts around the country who help. But it's always good to be in the know as to who the good players are. All the guys here watch a fair bit of First XV on TV, and I like to get around the country a bit. I like to watch the best teams once or twice at least. And I always like to get to an Otago Boys' interschool or two.

HM: Is it hard to leave any bias aside when you watch the old school?

HB: It certainly is. But there hasn't been much need for bias in the last few years because they've been right at the top of things.

HB: Uino Atonio. He was 160kg when he left New Zealand. Couldn't pick up a contract here. He was working as a labourer when I first met him. He's now qualified for France and is their starting tighthead in the Six Nations.

HM: Is it a no-brainer these days that, if a New Zealand rugby player can double his salary in France or Britain, he should go?

HB: No, it really isn't. Most guys have a desire to play professional rugby overseas at some point. But the vast majority want to play for the All Blacks. We're all All Black fans at the company, and that's what we want for the guys as well. It can become a bit challenging if you can see that dream is far off or nearing impossible. But more guys turn down the overseas money than take it. Primarily, it's about helping guys become All Blacks.

HM: Have you had a mentor in the industry?

HB: I met Warren Alcock in Dunedin, and I've worked with him closely. He's been a big part of it. And now I work with Simon Porter in the Auckland office. All Otago University law graduates.

HM: Does Ports regale you with stories of his exploits in the North Otago jersey?

HB: Absolutely. Every time we get the new almanack, he goes to check his records still stand.

HB: Not officially. I've done a bit of work for her in terms of getting endorsements, and helped Dad out with a few things that he helps her with.

HM: If she was a bloke, she'd be a millionaire. Is there anything you, as an agent, can do to help close the gender gap?

HB: We can certainly try. You can try to push for more commercial opportunities, but it's very hard. Most sponsors in New Zealand find it hard to look past the top-tier All Blacks for money and personal endorsements. We get approached by a lot of what you would call minor sports, and it's very difficult to help them out. But you never know. We represent Sophie Pascoe, for example, and we've had a lot of success with her.

HM: How successful was your own career?

HB: I was in the First XV at school, and then played a fair bit of senior rugby and cricket without pushing on. I played club rugby for Varsity B and Kaikorai, and cricket for University-Grange.

HM: Any time for sport these days?

HB: I play in a T20 cricket competition on a Wednesday night.

HM: Do you strike the ball as cleanly as your sister?