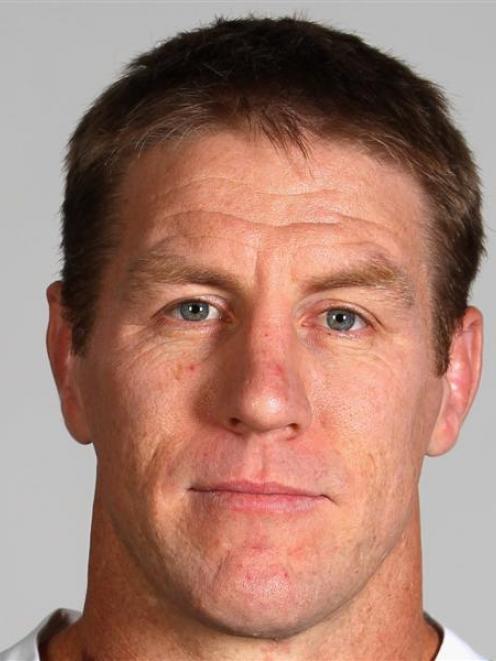 Brad Thorn
Brad Thorn may link with the Highlanders to play one last season of rugby, back in the province where it all started.

Thorn, who will be 38 in February, is believed to have met Highlanders coach Jamie Joseph in Japan last month and they had come to an agreement that Thorn will play for the Highlanders in 2013.

Joseph and Highlanders general manager Roger Clark could not be contacted yesterday but the signature of the big lock would be a huge boost for the franchise.

Thorn, who was born in Mosgiel, has been playing at the top level for 18 years, in both rugby and league, and has won almost everything in both forms of the game.

His addition to the Highlanders would give the side bucketloads of experience in its forward pack.

With the addition of Thorn, All Black prop Tony Woodcock, and experienced All Black hooker Andrew Hore, the Highlanders forward pack would have a look of steel about it.

Thorn last played in this country for the All Blacks at the year's World Cup last year, and was a key man for the home side as it won the tournament.

He then left for Japan, on a two-year deal to play for the Fukuoka Sanix Blues.

That contract would finish about late February next year, just in time to play for the Highlanders in 2013.

Thorn may be in the veteran stage and old enough to play golden oldies rugby, but he is a consummate professional and his training habits and discipline would be a great asset for the Highlanders.

Thorn was born in Mosgiel in 1975 and still has family in the area.

The Thorn family shifted to Cromwell shortly before Brad Thorn was due to start school.

His father worked on the construction of the Clyde Dam.

It was in Cromwell that he played his first game of organised rugby.

When Brad was aged 8, the family relocated to Brisbane where he started playing rugby league.

He made his debut for the Brisbane Broncos in the national rugby league competition in 1994 and went on to play 200 games for the Broncos as well as playing for Queensland and Australia.

In 2001 he made his first switch to rugby union, linking with Canterbury and the Crusaders.

He made his All Black debut in 2003, after turning down a chance to wear the black jersey in 2001, as he felt he was not ready for it.

At the end of the 2004 season, Thorn switched back to rugby league and went back to the Broncos.

At the start of 2008 he was signed by the Crusaders, initially on a one-season deal, but such was his form he was picked in the All Blacks and was an ever-present player in the side through to the World Cup.

And while Thorn may be coming to a New Zealandside from Japan, it is believed Ma'a Nonu is going the other way.

Nonu has yet to confirm what side he will play for next year but there is a strong chance he may now head offshore.

The Highlanders were keen to land Nonu but that appears unlikely now.