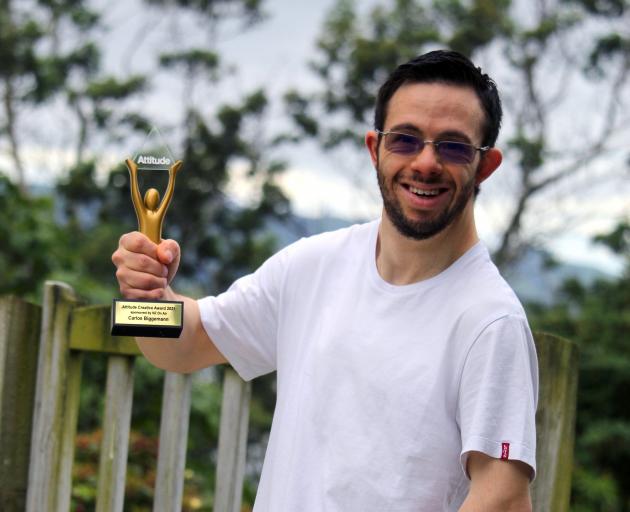 Both have been keeping quiet about winning for about a month after being surprised by film crews from the TVNZ Attitude show.

Mr Hart was in the middle of his weekend class teaching martial arts to people with physical and mental challenges.

When he saw a film crew enter he thought "hello, something is up", but had no idea it would be that he had won the Attitude Community Champion Award 2021.

"I was dumbfounded and very shocked, but very happy once I realised what was going on."

Mr Hart said winning the award was for more than himself. Others he wanted to thank included physiotherapist Lynda Belcher, karate sensei and wheelchair user John Marrable, as well as the many volunteers who helped out every week. 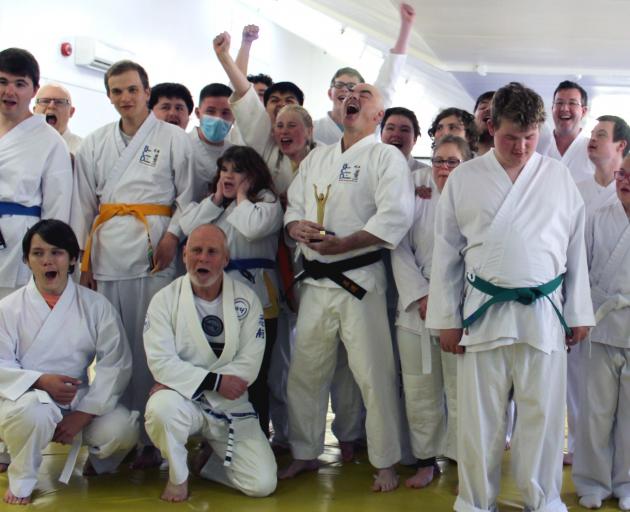 Lee Hart celebrates winning the Attitude Community Champion Award 2021 surrounded by students and volunteers of Budo Culture for Disabled.
Photographer Carlos Biggemann was getting a print of one of his photographs at framing shop The Photo Gallery in Filleul St when friends, family and a film crew emerged from hiding and announced he was the winner of the 2021 Attitude Creative Award.

On hearing he had won, Mr Biggemann uttered an exclamation and pumped his fist in the air.

"That was the biggest, brilliant, shock of my life, just amazing."

Mr Biggemann said he wanted to capture and freeze the moment.

"I will cherish that occasion forever."

He was grateful to his family and friends and it was encouragement to keep doing the thing he loved the most, which was photography.