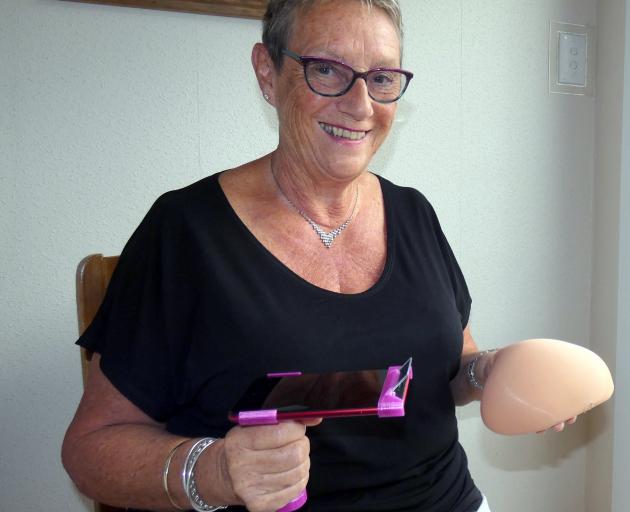 Hazel Sycamore spent more than 30 years as a nurse, and for the last nine years was a breast care specialist at Southland Hospital.

When she retired last year she decided to continue helping women by working for Auckland company myReflection.

The company creates 3-D printed breast prostheses that are customised to individual women.

Each week, Mrs Sycamore travels from her home in Roxburgh to clinics in Dunedin, Invercargill, Wanaka and Queenstown to meet women and help them get a better fitting prosthesis.

Mrs Sycamore first encountered myReflection at a conference about three years ago, when the company introduced its new concept of individually made breast prostheses.

She got in touch with the company, saying women in the region "would love it".

Before this innovation a breast prosthesis was typically a generic shape and was quite heavy, Mrs Sycamore said.

The back of the prosthesis was concave "so when it sits against a woman’s chest it doesn’t really fit".

During each individual consultation , she uses a hand-held scanner to capture specific data on a woman’s chest configuration.

Each woman’s chest wall was different, and after a mastectomy there was often scar tissue which varied, based on a person’s surgery and healing experience, she said.

The data was then sent to myReflection’s Auckland headquarters, where a plastic test shell would be made .

This would then be tested with the client before a silicone prosthesis was created which was flexible and lighter than other prostheses.

Mrs Sycamore said people who had undergone a mastectomy were entitled to a Ministry of Health breast prosthesis payment of $613 per side for a 4-year period.

That meant the cost of the prosthesis would be covered .

Women who had received the prosthesis had said it felt "amazing" and was very light.