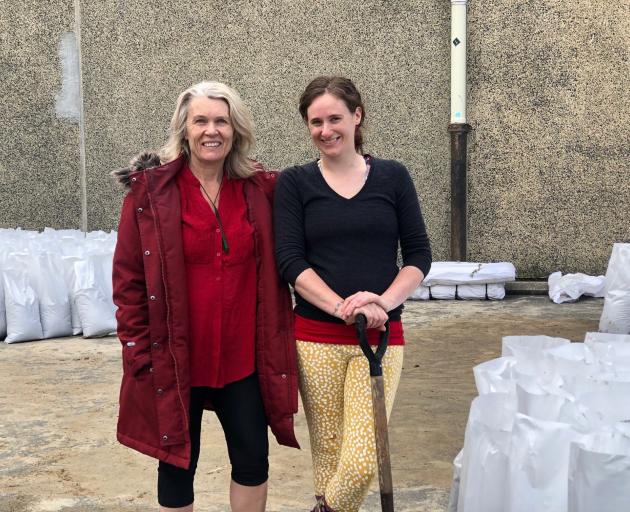 At about 9pm on January 2, the Waikouaiti River was deemed too flooded for cars to drive across the bridge, Waikouaiti resident Leisa de Klerk said.

Travellers were stuck between Maheno and Waikouaiti, and many were heading through to Dunedin, Ms de Klerk said, who is also Volunteer South’s Dunedin Waitaki manager.

State Highway 1 from Maheno to Reidston was one of the many roads closed due to flooding.

"There were about 10-15 cars that were just waiting for the rivers to recede so that they could drive on through.

"There was a further 15-20 families who needed a place to stay for the night because they had children."

Judy Martin, of Progress of Waikouaiti Area (Powa), opened the East Otago Events Centre for people who needed support, and Ms de Klerk contacted Girl Guiding New Zealand to request the use of its building, the Sidey Lodge.

Girl Guiding New Zealand was more than happy for the lodge to be used as emergency accommodation, and the community gave supplies, such as blankets, she said.

The community response was "really fantastic," especially since the call went out at about 11.30pm.

About 15 families stayed overnight and most had left when Ms de Klerk went back at 8.30am the next day.

She thought travellers waiting in their cars would have been allowed to cross the river at about 4am.

"The Powa group out there — they’ve done a lot on community response and resilience in the last two years and you can tell."

The bags were later taken to Ocean View to protect houses that had been affected by floods previously.

About 30 people volunteered at the St Kilda site over two days.

Many were people who lived on the hills, therefore their homes were not in danger, she said.

"They can see what was happening so they jumped at the chance to volunteer."