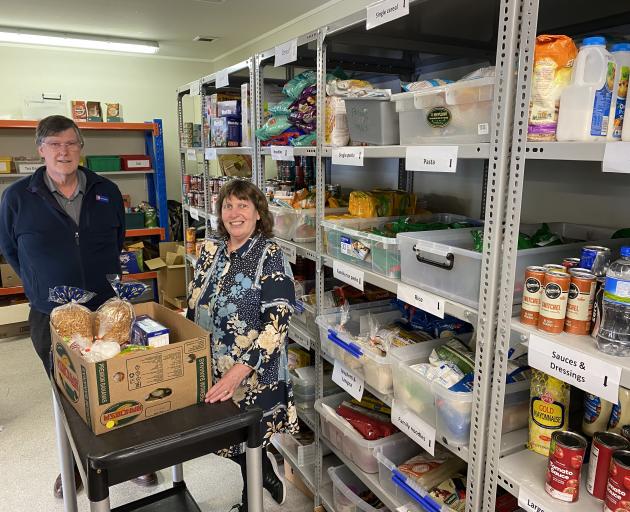 The annual emergency services can drives usually stock foodbanks in the city and Mosgiel for months, but were recently cancelled due to concerns surrounding Covid-19.

That has left foodbanks scrambling as demand for food parcels rises.

Based on last year’s collection, about 350 boxes of food were needed to get through the year.

"I have seven," Mrs Kerr said.

While demand was steady at present, she expected it to rapidly increase if Covid-19 was found in Dunedin.

During the two-week Alert Level 4 lockdown in August, she handed out 70 parcels to Mosgiel residents which was substantial in that short space of time, she said.

"When Covid arrives I expect I will be crazy because we were crazy in our last lockdown.

In response to the cancellation of the annual can drive, community groups had organised smaller collections.

Mrs Kerr relied on these to fill the food bank for the year, but was not opposed to having another next year if it was needed.

Any types of food and cans were welcome.

Cash was also welcome but was not preferred.

"In Mosgiel we live in a very generous community, so I’m not worrying just yet."

However, due to its cancellation, the food bank needed to make sure it had enough items to help local people.

She was grateful to members of the community who had rallied to give items.

The foodbank issued a record 297 food parcels in October.

"We thought that might be a bit of a blip, but the very high demand has carried on into November," Mr McKenzie said.

The high demand was in part due to the end of this year’s government winter energy payment, but clients had also included people who were affected by the close of businesses or the loss of hours of paid work due to the Covid-19 pandemic.

"When people are already on low incomes, the loss of a few hours a week can have a significant impact," he said.

The higher demand has also come at a time when the foodbanks don’t have quite the same access to food, due to the pandemic affecting some of the regular food collection events such as the emergency services Christmas can drive.

The can drive usually provides the Salvation Army Foodbank with a quarter to a third of its staple supplies of canned food for the year.

The cancellation of the giant Dunedin Community Christmas Dinner, usually held at Dunedin Town Hall, was another blow.

People had still been amazingly generous, and it was heartening that large companies were holding their own collections, as well as other collection events popping up," Mr McKenzie said.

"However, the fact remains that we have had to buy about twice as much food as we normally would to keep on top of things.

"And we are able to do that because of public and government generosity over time — it’s not something we can keep up long-term.

"Hopefully, local people will be generous in their support of the various collections that are taking place, which will help to take a lot of the pressure off," he said.

Last week, the St Vincent de Paul foodbank was the recipient of a truckload of food collected by Dunedin City Council staff in response to the cancellation of the can drive.

Without the community can appeal this year, the foodbank would not receive its usual supply of canned food to get it through the first six months of next year.

She hoped groups would continue to be generous and help fill the void. 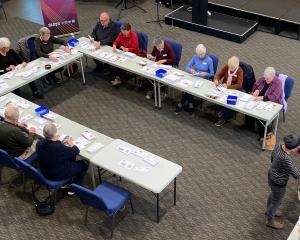