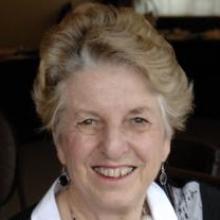 Being able to send text messages via cellphone was clearly useful, such as to give an exact location where someone was to be picked up for a ride home, she said in an interview in Dunedin yesterday.

However, becoming accustomed to communicating mainly at a distance through brief and abbreviated text messages also had some adverse effects.

"I would say it compresses the use of language," she said.

Communicating only through a few brief phrases was unhelpful in terms of discussing more complex matters, including issues in relationships.

Mrs Caisley, who is a lecturer in the School of Communication Studies at Auckland University of Technology, has been an examiner in speech and drama for more than 30 years and is vice-chairwoman of Speech New Zealand.

She was in Dunedin to gave a talk titled "Freespeak: The art of extempore speaking" at the New Zealand Communications Association conference.

She said people who communicated mainly through compressed, screen-based methods, such as cellphone text, or email, sometimes became fearful when they found themselves suddenly having to talk to someone face to face.

Text-related abbreviations were also turning up inappropriately in some university student essays where the lack of sentence structure evident in texting was also unwelcome, she said.

United States citizens benefited from a much stronger emphasis on spoken communication skills in the American high school system than existed in New Zealand.

By contrast, youngsters arrived at New Zealand primary schools with an ability to chat eagerly and confidently among themselves but this ability often declined during their schooling, with much of the emphasis given to written communication, she said.

Speech New Zealand had long been seeking greater national recognition for its oral assessment programme, which is offered in years 3 to 13 in schools.

About 30 people, most of them from the North Island, are attending the association's two-day conference, which ends today.