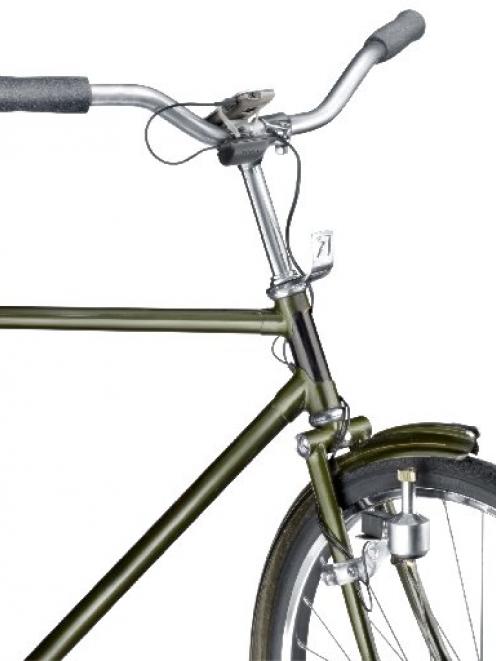 The world's largest mobile phone maker has launched four low-priced handsets and a charger that can be connected to a bicycle's dynamo which charges when the wheels turn.

The bicycle charger kit and handsets - some with a standby battery time of up to six weeks, FM radio and flashlights - are aimed at users with limited access to electricity.

The bike kit has a charger, dynamo and a holder to secure the phone to the bicycle. The dynamo - a small electrical generator - uses the movement of the wheels to charge the handset through a standard 2mm charging jack used in most Nokia handsets.

It cuts off at speeds lower than 5kmh and higher than 50kmh.

The price of the kit in emerging markets starts at €15 ($NZ27), but it will probably cost more in other markets, Nokia said.

"By simply holding down a key people are able to switch between SIM cards," vice president Alex Lambeek said. "This enables them to take advantage of reduced call rates, flexibility when traveling from one country to another or helps with sharing a phone within a family and still use their own SIM card."

The C1 has a standby battery time of up to six weeks and features a flashlight and radio, both aimed at regions where electricity is scarce.

The Nokia C2, with an expected price tag of €45 ($NZ80), has dual SIM standby capability that keeps both SIM cards active, meaning that calls and text messages can come to either number while the handset is on. One of the cards sit under the battery while the other SIM card is removable without turning off the phone.

The C2 also has the possibility of storing micro-SD cards with 32 gigabytes of memory for music, photos and other data.

Nokia has recently been faced by strong competition in the high-end smart phone market, particularly from RIM's Blackberry, Apple's iPhone and Google's Android, but has maintained its leading global position.

In another strong move to grab new customers in emerging markets it launched three less-expensive smart phones in April, including its first model expected to sell for under €100 ($NZ177).

Nokia has been the top handset maker since 1998. Last year, it sold 432 million handsets.

It is based in Espoo, near Helsinki, and employs about 126,000 people worldwide.