Twitter, the social media site founded in 2006, still has its share of haters. But more and more serious writers have embraced it as a viable forum for short writing.

We're not talking about links, random shout-outs or celebrity spoutings, though those can all be fun.

And you can keep the narcissistic navel-gazing that makes up much of the Twitterverse. I don't need to know what you did at the gym today, unless you're my personal trainer.

Look at it this way. Journalists count words to accommodate the news hole. Poets count syllables to make the meter sing just right.

Twitterers count characters: 140, including spaces. That's all you get for each tweet. So you make them count. This paragraph now has 138.

In Hamlet, the long-winded Polonius tells us that brevity is the soul of wit. He would have been great on Twitter in theory, if not practice.

"One hundred forty characters in certain contexts is quite a lot," says Roy Peter Clark (@RoyPeterClark), senior scholar at the Poynter Institute, a journalism think tank in St. Petersburg, Florida, and author of the upcoming book The Glamour of Grammar.

Clark, a relative Twitter newbie ("I'm not a Luddite, but I am the embodiment of an old-school late adopter"), points to the William Carlos Williams poem The Red Wheelbarrow: "So much depends/upon/a red wheel/barrow/glazed with rain/water/beside the white/chickens."

The goal is economy of style, accomplished, like most good writing, through vigorous editing. If you tweet, you know the drill:

You've got a spot-on observation, deep thought or humorous nugget to get off your chest and onto the screen. You type away and you end up with, say, 220 characters.

So you whittle, and you whittle some more. You work in a contraction or two. If you value the integrity of your writing, you avoid cute rhyme abbreviations ("Gr8!").

But he follows only 142 people on Twitter, few of them famous, all of whose writing he admires.

"In reading comments from readers on my blog, I find some of them waste words getting up to speed," he wrote in an e-mail message.

"On the other hand, I follow a few Tweeters who are awesome in the content and meaning they can get into 140 characters. I'm bored by routine links. In an ideal world a Tweet would be worth reading even without its link."

Even narrative writers are getting in on the act. In Japan, the Twitter novel is all the rage: The writer serializes a narrative in a series of tweets, ending each one with a #twnovel tag.

In Austin, Texas, Sean Hill tweets under the name @veryshortstory.

If you thought Hemingway's The Killers was brief, then take a swim through Hill's bite-size narratives: "The power went out. The elevator stopped. In the dark you told me your fears and cried. The next day you fired me to keep your secrets safe."

As a movie critic I've been known to punch out critical observations from my couch. A recent Taxi Driver post: "I think Travis Bickle just needed a hug. And better advice on first date options. And maybe a less efficient arms dealer."

When I put on my music critic hat, I take concert notes on Twitter. It's easier and more practical than scrawling in a notebook, and it leaves a sort of running review of the show before I write the actual review the next day.

A Twitterer, like a poet, can assume a persona for satiric effect. In a recent Time column, James Poniewozik (@poniewozik) paid tribute to some of the great made-up Twitter voices, including @BPGlobalPR, a dead-on spoof of corporate damage control; and @feministhulk ("HULK BELIEVE IN THE EPISTEMOLOGICAL PRODUCTIVITY OF GENDERBENDING. ALSO, IS JUST COOL").

"There's something funny about forcing the diminutive form of Twitter on behemoths and supervillains, like putting a gorilla in a propeller beanie," writes Poniewozik.

But writerly tweets don't have to read like comedy routines. Mary Karr (@marykarrlit) is both a best-selling memoirist (The Liar's Club, Lit) and an award-winning poet.

Her publisher recently asked the Texas native to start Twittering, but, as she told me over the phone: "I'm not using it to say, 'I'm gonna be at Place X, buy my book.' I'm trying to disseminate the lines of poetry that keep me from wanting to pound my head against the wall."

Karr uses Twitter to fuse her own sensibility and enthusiasms as a poet and literature professor with the words of her favorite poets.

Here's a great Karr tweet: "Shelley on Keats, dead at 25: 'Clasp with thy panting soul the pendulous earth.' Like earth's a bauble swinging from a chain, keeping time." (That's 139 characters, if you're counting).

I've found that paring down my tweets has made my prose leaner. I chop out more adverbs than I used to.

"Having that calculator of characters really drives you to certain strategies which are probably good for writing in general," Clark told me.

No one argues that Twitter will replace the novel. The point is that good writers find ways to adapt to and play with available technology.

That's been happening since before the printing press. Whether you're just tightening your prose or creating a new genre of fiction, Twitter is another fun tool for the toolbox. 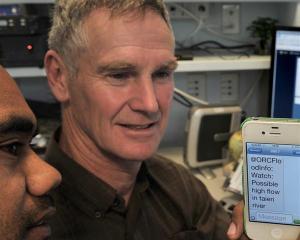 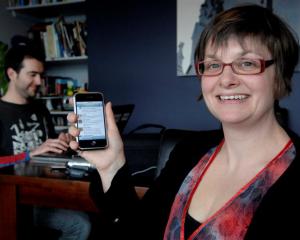