National Party leader Todd Muller has refused to comment on an incident involving fellow MP Michael Woodhouse and a photo of a toilet seat with Dunedin MP Clare Curran's face on it.

Muller was in Dunedin today on his first visit as leader.

He toured ADInstruments headquarters in the former Donald Reid Store in Vogel St this afternoon before fronting media on a range of issues including the Government’s border control measures.

During the short briefing, Mr Muller was asked to comment on the recent revelation from outgoing Dunedin South Labour MP Clare Curran that, in 2012, she was sent photos from the National Party's Mainland Region conference.

They included one showing Dunedin-based Mr Woodhouse posing with a blue toilet seat with her face emblazoned on it - a photograph she said traumatised her.

‘‘My focus is on pulling together an economic recovery plan for this country and so is New Zealand’s focus,’’ Mr Muller said.

Mr Woodhouse, who was standing at Mr Muller’s side, did not say if he regretted the incident when questioned.

He said he had made no public or social media comment on the incident in eight years ‘‘and I don’t intend to do so now’’. 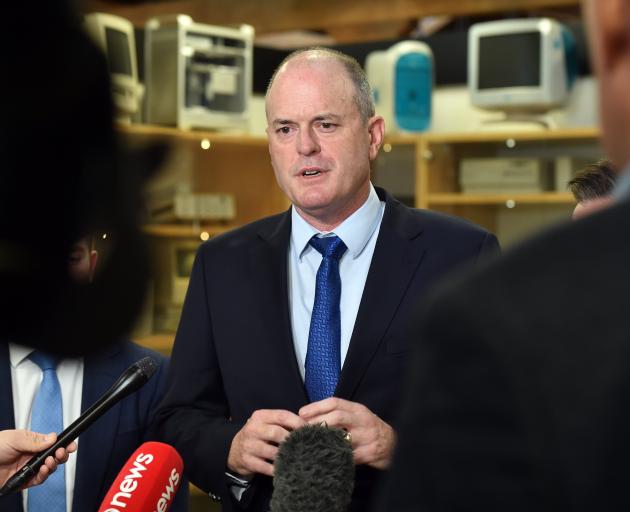 ‘‘My sense of New Zealanders - they want to see a fair play, a robust play, but actually they want to see the plans of a future National government, contrast it with the disorder of this Government, and make their own mind up,’’ he said.

‘‘I think that sort of stuff ends up being a distraction from the real issues.’’

Mr Muller did say he believed National would win the newly formed Taieri electorate, which takes in the former Dunedin South.

‘‘The feeling on the ground is fantastic; we’ve got a superb candidate in Liam Kernaghan, he’s from this area, and I think that’s important. 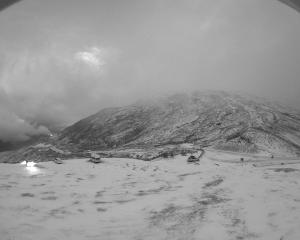 It's 8 years ago and not that relevant. People should focus on the Government's lies to rid NZ of poverty and homelessness - these are quite more important issues.

Yes, thefizz, it's eight years ago, but it speaks to the type of person Woodhouse is, immature. If National are trying to show they are a government in waiting, they are failing at every step.
And if you want to talk about lies, look no further than Woodhouse; the two women who didn't kiss and cuddle, the homeless man who he said stayed at a quarantine hotel which also turns out to be bull****.

Pffft, no government has ever gotten rid of poverty or homelessness, but I am fascinated by this idea that if enough time passes, even the most feckless idiot is ok in your books. So, how long should we wait for Hamish Walker and Michelle Boag to be washed clean of their sin of using people's medical information for political gain? Yes, these folk sound like fine people...

New Zealand politics will be all the poorer if the likes of Walker, Woodhouse, Yang, Bridges et al are returned in November but sadly there are constituencies that vote blue no matter what flawed individual is wearing the rosette. Lets hope the new Taieri constituency isn't to become yet another South Island embarrassment like Walker's Clutha Southland.

Agreed! These people who vote blue/(Republican in US) no matter how unsavoury/immature/inept the candidate they'll put in a position of power ... Each person who gets in gets significant personal power, legitimately and murkily behind closed doors with anonymous lobbying forces: they get enough personal power to individually change the fabric of our country. Putting in dishonest people, ruthless people, bullies, Chinese spies ... Confucianism says just one person can change the whole fabric of society - evidenced by the chaos Trump has cut loose in 4 short years. Watch which individuals you vote for -- their personality flaws let loose in the halls of power ...

National are done. This Boag/Walker debacle is just the tip of the iceberg.

It is just so petty and immature. Have these people got nothing better in their heads than thinking up bullying gimmicks like vicious little school boys? It is so revealing of the mindset of the National party that this was thought to be OK on any level.