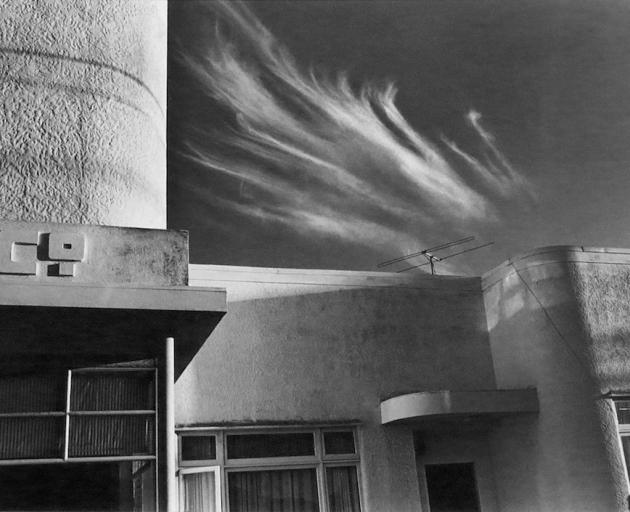 Brett McDowell Gallery has shown many exhibitions of Laurence Aberhart's excellent photographs over the years, but has never previously concentrated on works depicting Dunedin's industrial architecture.

In a series of images that cover a period from 1975 to the current year, we see a photojournalistic record of the city's buildings. Aberhart's eye for the image and impressive technical skills make for a fine series of monochrome works, many of them chemically toned to produce a rich, warm, and nostalgic aura.

This latter evocation is particularly fitting given the subject matter. Aberhart loves to produce images that present the dichotomy of permanence and decay, particularly in terms of once grand buildings that are on the eve of their own destruction.

Though many of the buildings depicted still survive, others are but a memory, albeit often a strong one. These works are, with no irony, presented alongside cemetery images. The inhabitants and workers in the crumbling buildings have themselves come to their rest.

Several interior scenes are also presented, and these too depict echoes of the past; whether in the form of hunting trophies, religious icons, or the historic ephemera of a collector's obsession. The dead faces and dusty shelves speak of their own histories and the seeming incongruity of their present existence. 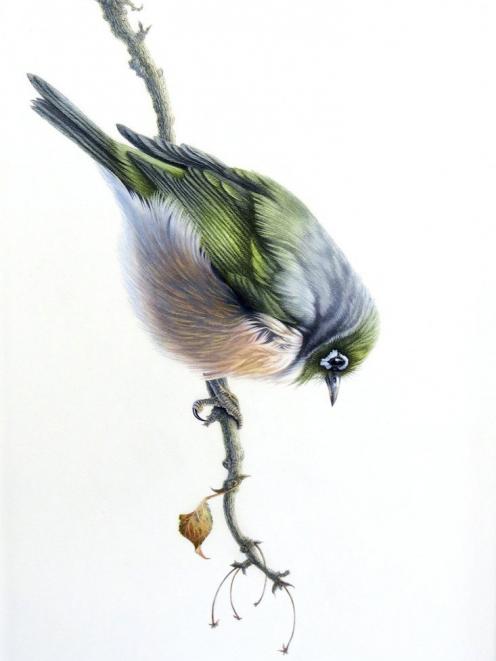 Karen Baddock's latest exhibition showcases the quality of her immaculate nature images. In a series of works - half oil on board, the other half graphite - the artist captures both the essence of her avian subjects and the details of their feathers in painstaking detail. Using the thinnest of brushstrokes, Baddock has created these birds as much as she has painted them.

Baddock's images concentrate on New Zealand birds; primarily natives, but with a couple of exotic species added for good measure. The subjects are set against plain white backgrounds, only rooted in the real world by the addition of a branch or mossy perch. In several works the bird's form is offset by the addition of a bee, providing both a sense of scale and a focus for the bird's attention.

The startling thing about these works is their liveliness. Baddock has successfully captured the ''jiz'' of the birds, that indefinable essence which turns a flat image into a living, breathing creature. Her portraits of celebrity kakapo Sirocco and of a silvereye seem ready to escape the page and enter the gallery. Even more so, a stunning graphite drawing of a native robin eyes the viewer in a way that is as full of character as any portrait of a human sitter.

The Overpass, by Rachel Hope Allan.

Rachel Hope Allan's exhibition at the Robert Piggott Gallery focuses on death, life, and the borderline between the two.

The photographs are confrontational, and some are not easy to view. Despite this they have an artistry that at times approaches a frozen ballet, and with an ironically dispassionate skill that verges on journalistic reportage.

The image of the victim is that of Rescue Annie, the life-sized figure used to practise resuscitation techniques. The use of this doll is particularly poignant. Rescue Annie was based on the retrieved corpse of an unknown drowning victim, so she is long dead; yet she has been ''revived'' and used for life-giving training for over a century. There is also the connotation of the life-sized rubber doll, and with the fetishism and eroticism inherent in that connection.

There is also, of course, the idea that the doll is a surrogate for a real victim; the artist, a stranger, or maybe the viewer. Send not to ask for whom the ambulance siren wails ...