Culture behind mine disaster ably dissected 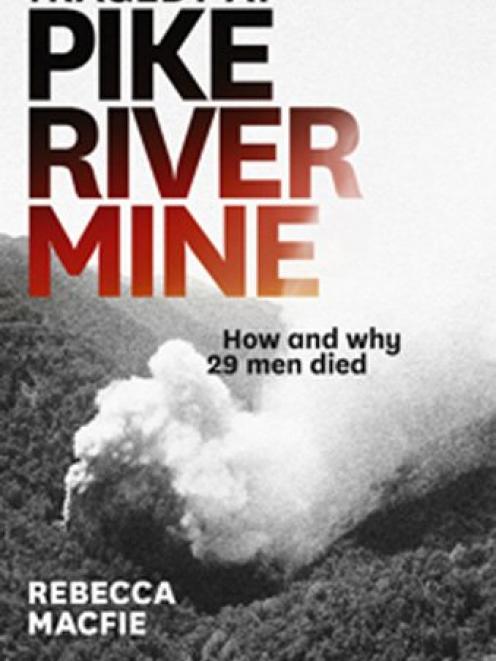 TRAGEDY AT PIKE RIVER MINE<br>How and why 29 men died<br><b>Rebecca Macfie</b><br><i>Awa Press</i>
New Zealand journalist Rebecca Macfie has produced a devastating account of a needless tragedy, published on the eve of the third anniversary of the Pike River disaster of November 19, 2010.

The focus of this book is the sequence of events that led towards the disaster. A specific cause of the lethal explosions remains unclear, but the systemic failures of the mine management to deal with multiple hazards are revealed in a coherent context.

The genesis of the Pike River concept, and its gradual transformation from a paper claim to a multimillion-dollar high-risk venture, took place against a backdrop of struggling West Coast communities and a harsh, complex physical terrain.

The calculations of finance capitalism provided the cold logic driving the project, but the key players and their personalities loom large in a dysfunctional web of relationships stretching from the Pike River boardroom to the coalface.

What is most jarring is the gulf between the sales pitch cooked up for the financial markets and the reality of progress, or lack of it, at the mine itself.

The book details a chaotic environment of entrenched non-compliance with the most basic health and safety practices, massive cost overruns, faulty equipment, poor research and a culture of corner-cutting despite repeated indications of major flaws in the design and operations of the mine, even in its pre-production phase.

Meanwhile, the promoters were busy painting a very different picture to investors as politicians lined up for photo opportunities and global coal prices soared ever higher.

Pike River was the outcome of a generation of deregulation and ''leave it to the market'' ideology.

Production came before safety. A rapid turnover of staff, irresponsible time-based incentives, a toothless regulator with no resources and the absence of an effective union structure all pointed towards an inevitable conclusion.

Macfie capably dissects the corporate culture, explains the mine environment and deals compassionately with the personal stories of the victims and the loved ones they left behind.

This book is a must-read for all those who find it incomprehensible how such an event can occur in the 21st century in our supposedly developed, modern nation.

Pike River was the worst but is by no means the only travesty in this bitter harvest. Systemic health and safety issues have been identified in the fishing and forestry industries, to name just two, as our workplace fatality rate continues to exceed that of many comparable nations.

Following the Pike River disaster, the entire post-Rogernomics health and safety regime was found by an independent commission to be ''not fit for purpose'' and is now, supposedly, being reformed.

One question left unanswered is why New Zealanders are not angrier.

- Victor Billot is editor of The Maritimes, the magazine of the Maritime Union.