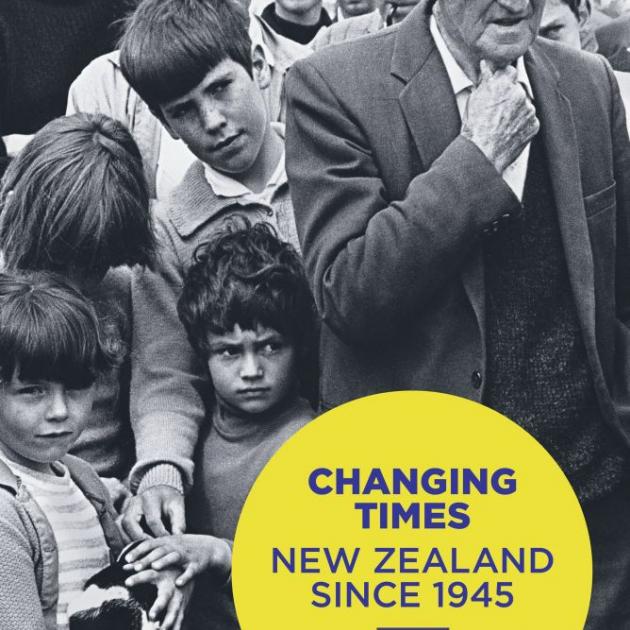 CHANGING TIMES<br>New Zealand Since 1945<br><b>Jenny Carlyon and Diana Morrow</b><br><i>Auckland University Press</i>
In 1953, a British reporter covering the Royal tour wrote a piece for the Otago Daily Times portraying New Zealand as a rather dull but in many ways enviable earthly paradise.

So it was that early post-war New Zealand was considered the Mayberry of the Pacific. In suburbia fathers mowed lawns and attended gardens, and mothers stayed at home filling baking tins and happily went about housework as the country revolved around an 8am to 5pm, Monday to Friday cycle. The ''six o'clock swill'' and half-gallon jar became iconic kiwiana of what was a ''rugby, racing and beer culture''.

Throughout the 1950s and 1960s, New Zealand was a place boasting full employment and seemingly oblivious to government control over all things from imports to its insular focus on European-dominated family values.

New Zealand historians Jenny Carlyon and Diana Morrow have built on this post-war culture to put together more than 500 pages, inclusive of a detailed reference index, of post-World War 2 New Zealand history. It is truly a goldmine. Their work unlocks many facts, figures and personalities behind New Zealand's transfer from a heavily regulated and censored country, to one of free-market enterprise and equality. The information within the text makes for an easy-to-read journey, intermingled with pictorial sections. 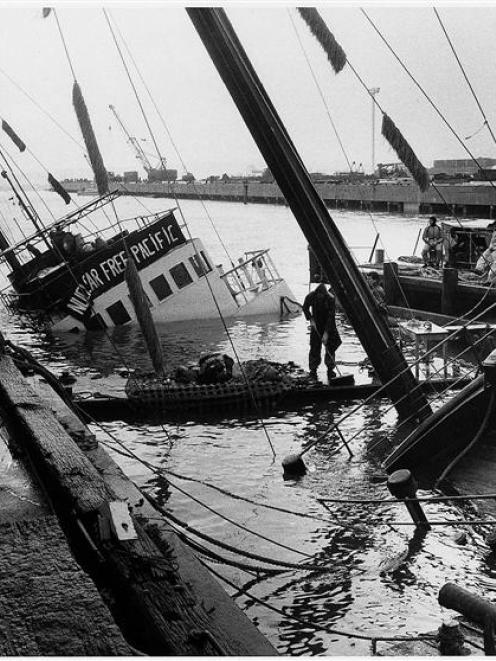 Police check for evidence on and around the Rainbow Warrior after a bomb planted by French agents exploded at Marsden Wharf, Auckland, in July 1985, in this image from <i>Changing Times</i>. Photo by Gil Hanly.
It covers a period when New Zealand gradually weaned itself away from Britain as younger generations embraced all things American. Initially, through what they saw in movie theatres,''Davy Crockett mania'' swept the country in the 1950s. Such was the influence there were reports of boys killing cats for their tails to make look-alike Davy Crockett hats. There were also several reports of children attempting to scalp their playmates and worse.

As the rock 'n' roll era took hold, youth culture evolved with milk-bar cowboys, teddy boys, bodgies and widgies. And a new generation took a stand against war and racism.

The New Zealand Government's stance on Rhodesia in 1965 saw New Zealand declared the ''enemy of Africa'', while the Rugby Union's desire to tour South Africa 11 years later instigated the African nations boycott of the 1976 Olympic Games.

Each page of this work gives a reflective insight of New Zealand's post-war journey. It covers all subject matter that has been a part of New Zealand's history since the dawn of the baby boomer generation and the people who contributed, some of whom were maligned at the time for the role they played, while others were respected for their notoriety. And while dullness can mean different things to different people, New Zealand still remains an ''enviable earthly paradise'', despite the changing face of time.

Win a copy
The ODT has five copies of Changing Times, by Jenny Carlyon and Diana Morrow (RRP $45), to give away courtesy of publisher Auckland University Press. For your chance to win a copy, email helen.speirs@odt.co.nz with your name and postal address in the body of the email, and ''Changing Times Book Competition'' in the subject line, by 5pm on Monday, December 23.