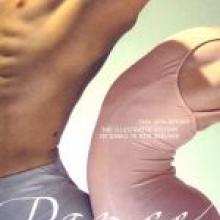 Tara Jahn-Werner's Dance puts the history of dance in New Zealand into its proper perspective.

The history of dance in New Zealand - that is to say, "classical dance" - has reached the adolescent stage from humble and difficult infancy.

In a country where, for so long, "rugby, racing and beer" seemed to be the cultural norms, dance was dismissed as the pursuit of a tiny minority of effete aesthetes.

Tara Jahn-Werner's magnificent Dance puts that history into its proper perspective, explains that New Zealand has a rich dance history, though brief, and that it has survived largely through the fantastic commitment of a few people, the dedication of innumerable hopeful young girls and boys and the unlimited energy of hundreds of teachers throughout the country.

And no-one interested in dance in this country would ever underestimate the importance of that remarkable man, Poul Gnatt, who founded the Royal New Zealand Ballet in 1953 on little more than fanatical enthusiasm.

But it was a professional company, and from the late 1950s it could claim back to this country to work many of the great talents who had gone overseas for successful international careers.

Dance begins with the period 1900-1928, appropriately enough with a lovely photograph of Anna Pavlova laughing in front of a flock of sheep.

She danced here in 1926, by then well into her 40s, and when Lily Stevens saw her perform in Dunedin she was inspired to take up her career in dance and dance teaching.

However, the Danish dancer Genee, who came here in the early 1900s touring with the Imperial Russian Ballet, made the first great impact on New Zealand enthusiasts for classical ballet.

Touring companies which added New Zealand on to their Australian appearances continued regularly until after the war to whet the appetites of balletomanes and keep our interest alive.

Contemporary dance arrived in the form of the touring Bodenwieser Viennese Ballet in 1947 and 1950, whose principal dancer was that extraordinary Dunedin woman, Shona Dunlop MacTavish.

The Borovansky toured on many more occasions and brought the latest modern ballet as regular programme features, along with the traditional repertoire.

And from 1953 on, we could claim to at last have professional dance established here with all the implications for higher standards and greater opportunity for talent.

When Poul Gnatt came to New Zealand with his wife, touring with the Borovansky, they decided to stay and settle.

And when, in 1953, Gnatt formed the RNZB, it had just four dancers and a pianist, Dorothea Franchi.

From these humble beginnings sprang the company and its many famous names and productions - here lovingly detailed by Jahn-Werner.

But Dance is not just about classical ballet.

The various dance "crazes" are described, such as disco and hip-hop, cultural importations and Maori dance get their proper place, as does ballroom dancing.

Modern or contemporary dance, too, is given its section, with due notice paid to pioneering companies like Limbs and Black Grace, and our best choreographers and their creative energy are well described.

Dance education is covered, and Jahn-Werner's overall conclusion seems to me to be optimistic without being unrealistic.

Realism, after all, has been the anchor for dance companies throughout our brief history, and all too many brave souls have foundered for the lack of it.

But there is now a balance, and financial and state support for dance through sponsorship has been the bridge to success.

Long may it continue.

Dance includes a bibliography, notes, a great many photographs including many priceless historic images, and an excellent index.

It is worthy of a place in every ballet-lover's bookcase.

"Tara Jahn-Werner has created a most rewarding account of a century of dance in New Zealand," writes Russell Kerr in his foreword.

Christina James is a retired dancer and dance teacher.