An infantile approach to the world 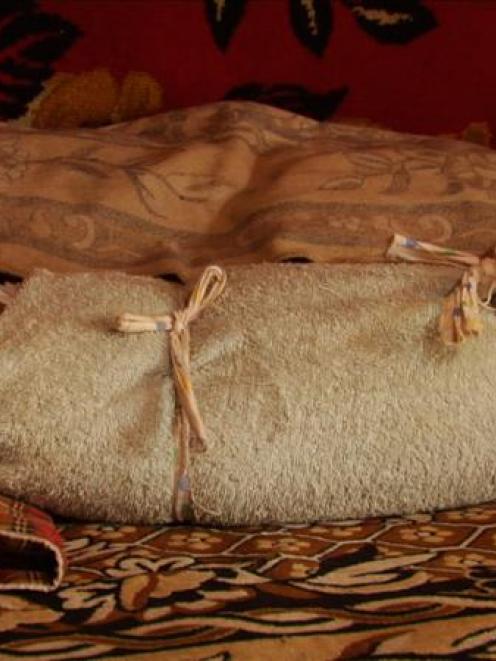 Mongolian baby Bayar. Photo supplied by NZFF.
Thomas Balmes is a French documentary film-maker who has made a few little-seen works of cultural anthropology - the conversion of Papua New Guinea natives to Christianity, Finns seeing how their outsourced cellphones are manufactured in China.

Then, five years ago, a friend hit him with a big idea.

"He said, 'Why not do a wildlife documentary, on babies?'," Balmes recalls. "No narration, just observing, being with babies on their level. I realised we could shift the perspective from us looking at the world from our point of view, to seeing it from the babies' point of view - how they see their world."

He didn't end up with just a documentary capturing babies in their natural habitat. We've got America's Funniest Home Videos for that. What Balmes discovered was the different ways various cultures coddle their kids, from First World (San Francisco and Tokyo babies) to Third World (Mongolia and Namibia).

We talked to Balmes in New York about Babies.


QUESTION: How did you pick your countries and the babies you show in the film?
BALMES: "I've shot in a lot of these places. Mongolia is so cinematic, Namibia so basic. There is something universal in the American way of raising children. What you do here today we'll be doing in the rest of the world tomorrow.

"Japan is also to me a prediction of how we'll be living and raising children in 50 years, all over the world. That Blade Runner atmosphere where everything is so crowded, noisy, not a minute's peace.

"I wanted to go from people who have zero relationship to technology - Namibia - to Mongolia, where nomadic people have some involvement with technology. The baby steps out the door of the tent and he is in the wild. And from there to San Francisco and onward to Japan."

Q Were there times you had to come out from behind the camera to save a baby from danger?
BALMES: "You mean like when the Mongolian baby wanders into the herd of cows? Oh, you didn't see everything. Not the worst things we saw.

"When you're observing, you're not interfering. The parents never considered me a nanny with a camera. They knew I was just filming and I would not interfere.

"So the Mongolian baby is crawling in the middle of a herd of cows! He was safe, though, and it was cool. Is it cruel to let the child in Japan cry and cry? That is what babies do. My being there won't change that.

"The rule is, 'Let it go,' unless something really dangerous was about to happen. I'm a father. I will stop the camera."

Q What were the universal truths of child-rearing that came to you as you edited all this footage about these babies together?
BALMES: "In the modern parts of the world, we have tools - books and technology - to help raise kids.

"But as the film shows, a child in Mongolia can spend hours just watching the sky or a fly or the cat. He's the happiest child I have ever seen."