In the age of the digital download, Jeff Harford rediscovers the album ... 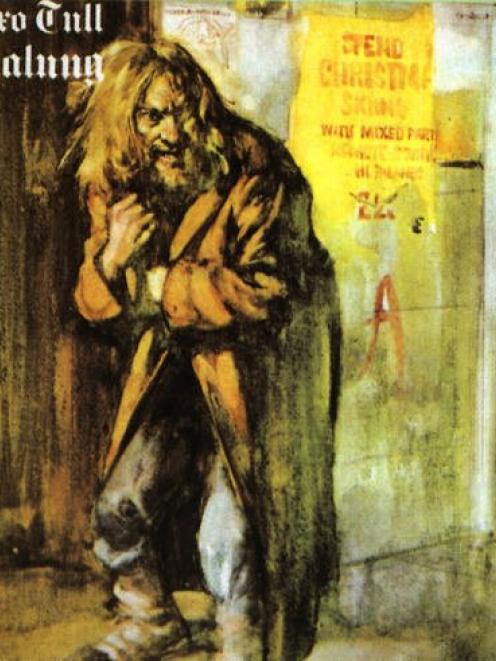 Quiz any group of over-40s and you're likely to find a Jethro Tull fan in the mix.

Chances are they won't betray the full extent of their ardour, still uncertain about falling for Tull's peculiarly English mix of minstrel-rock, folk, big riffs, big hair and britches.

Every now and then you'll come across a true acolyte, an egoless soul who will happily break open a case of home-made hooch and kick aside their mangy mutt to make room for you as you settle in for a run through Stand Up, Thick As A Brick, Living In The Past or 1971 breakthrough Aqualung. To such a being, Tull is the complete band, from which they take sufficient nourishment to sustain their interest in music.

To the rest of us, Aqualung remains the one album that tethers us to this theatrical, idiosyncratic outfit from our younger days. Even those who have since sworn off any prog-rock affiliations can appreciate its appeal across several levels, not least of which its richness in riff-driven tunes.

The title track, with its lurching chord progressions that echo the work of one-time Tull member and Black Sabbath guitarist Tony Iommi, paints a foreboding picture of the world occupied by the shabby street-dweller whose gurgling breath gives the song its name.

Cross-Eyed Mary, Hymn 43 and Locomotive Breath are similarly memorable for the brute force of the rock around which some fairly heavy themes are built.

Singer/composer Ian Anderson's chief targets on the album's acerbic set pieces are churches and the religious figureheads who have left God out of the mix, but there's also room for reflection on matters of the heart.

Several short pastoral pieces are woven throughout, neatly balancing both the aggression and the perspective.

Whatever the message it is written with the considered touch of a poet, and therein lies the source of Tull's reputation as purveyors of thinking man's rock 'n' roll.