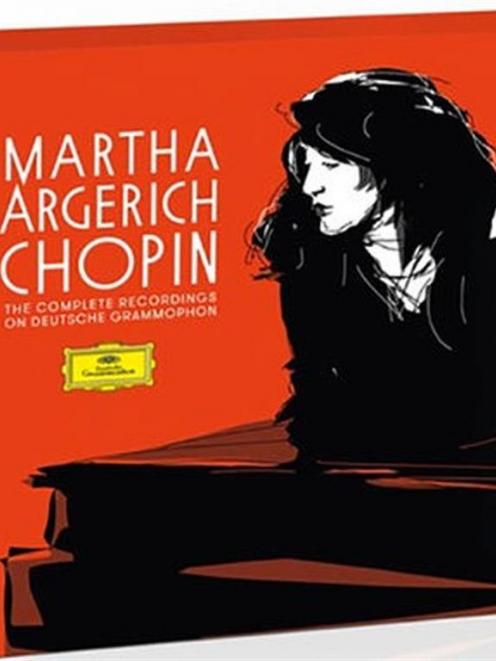 Many of these have not been previously released, probably because of copyright complexity between companies.

The fifth disc contains mono sound from 1959, 1960 (before her triumph in the 1965 Warsaw International Chopin Competition) and 2010 (the 200th anniversary of Chopin's birth) recorded by radio.

Final tracks are a memorable live performance of Sonata No.3 with acceptable sound throughout.

The other four stereo discs in this set that is another 75th birthday present for the argentinian-born pianist, are 26 preludes, three sonatas, three concertos, and numerous other pieces - scherzos, mazurkas, polonaises, nocturnes, etc.

Among the riches she is teamed with Rostropovich (who also conducted Concerto No.2) for a glorious 1980 performance of the Sonata for Cello and Piano.

Claudio Abbado conducts the London Symphony Orchestra (1968) in Concerto No.1 and many other treats prove the sublime wizardry of Argerich.

There is no doubt that she has great affinity with Chopin's music, described in the booklet as "the irresistible thrust'' of her readings.

She can produce a whirlwind of sound in thundering cascades, with blazing technique, then rippling, gentle, carefully meditating phrases.

She has admitted to being fascinated by the ambiguity in the composer's music, which perhaps offers a look into an abyss: "There is sometines this element of a very beautiful poisoned flower.''