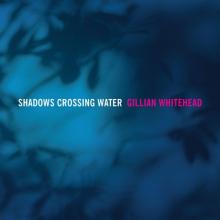 Dunedin composer Dame Gillian Whitehead has received a further honour by becoming one of 20 Arts Foundation Icons. This reviewer was delighted to receive the latest disc of her music on the Rattle label with items all performed and recorded in Prague in 2016-17, following a concert of Whitehead's music there in 2012 and other musical links with the Czech Republic.

The Stamic Quartet (founded 1985, first violin Jindrich Pazdera), performs the opening item, Clouds Over Mata-au. The group shows its high class among European chamber groups in this work that was inspired by the Clutha landscape. The quartet also performs No Stars, Not Even Clouds, commissioned in 2012 by Chamber Music NZ, and then is joined by oboe and piano for the closing, sadly reflective sextet, Shadows Cross the Water.

Vilem Veverka's solo oboe playing in Three Improvisations (actually misnamed) is a highly impressive item. His crystal tones are also a bright feature with the string trio in Tom's Serenade for Ann Morris, and are heard again in the sextet. Patricia Goodson, on keyboard, is featured in Arapatiki, which conjures up Dame Gillian's view of Otago Peninsula, the tidal ebb and flow of water and also the bellbird's call. Goodson also plays on Tumanako, Journey Through an Unknown Landscape (in China) and accompanies the violin in Torua, a brilliancy commissioned by Hilary Hahn on her encores project.

As Dame Gillian stated: "Six outstanding musicians, artists who are sympathetic to my music, perform it brilliantly with authority and understanding."