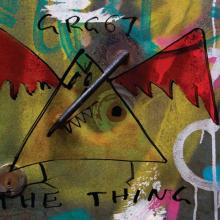 This is an eight-track album by New Zealand jazz band GRG67.  Members have been well-known jazz tutors in the Auckland University School of Music and are in excellent form.  On December 16, 2016, the band performed a recital of music by Manins as part of his requirements for a Doctorate of Music. Five items were recorded live and a further two added later. All seven are compositions by Manins and Bicycle Buddies, by Cole, was added to make a fuller programme, mixed for Rattle last December — Manins describing the label as "a tireless advocate for  creative music".

Manins has his sax sounds on more than 30 albums and is the creative director of Auckland’s Creative Jazz Club. He has been heard on albums by Mike Nock and others, and shows here his creativity in compositions and diversity of jazz music from the sweet Paul Desmond style to the more rollicking and funky sounds of some items.  Crab Empathy showed the group in militant mode with shouting as well as the instruments.

But this was a fine jazz quartet that showed its capabilities. It will settle most listeners with the final track, which is appropriately titled Psalm. Howell makes economical but effective guitar contributions and Cole, on bass, provides the solid foundation. With the drums, Deck uses the brushes so gently with cymbal washes to acknowledge the frontline messages of the saxophone-guitar combination in Dark Bright.