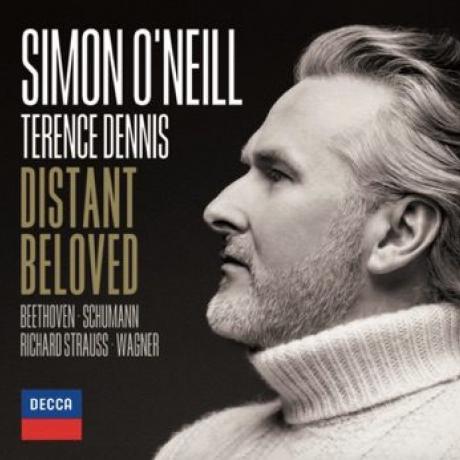 Distant Beloved, Simon O’Neill (tenor), Terence Dennis (piano). Decca CD
This is my first column in 2019, the gap because record companies were unable to send discs (or vinyl) for review.

It appears that CD sales are down because of purchasing overseas via the internet or by downloading files into computers. A former weekly column will become an occasional item. But hurrah, this splendid recording has arrived.

O'Neill is acknowledged as one of the world's few leading ''heldentenors'' with the brilliant, powerful voice needed by a singer in heroic operatic roles, interpreting Wagner and Richard Strauss; while Dennis is well known as a top soloist and professor at the University of Otago, who is often sought as an accompanist by distinguished musicians.

The album title reflects that O'Neill's career takes him away from home and loved ones for over nine months each year.

''Distant Beloved is deeply evocative for me. Though I may be performing on the opposite side of the world, my thoughts are never far from my beautiful wife and children, and our wonderful family home in New Zealand, overlooking the endless majesty of the Pacific Ocean.''

Over the past decade, he has performed the great role of Sigmund in Wagner's Die Walkure more than 80 times, where many moments call for a tenderness, a poetic warmth that needs the lieder style of singing, which he enjoys. The power and exceptional clarity of his voice thrill on this disc (English translation of lyrics in booklet).

Dennis is excellent on the piano.