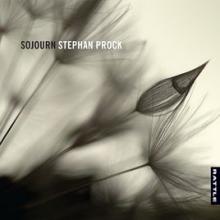 Prock's music is widely performed in the United States and abroad. He spent time in New Zealand from 2006-15 as lecturer in composition at the NZ School of Music, Wellington, and this is music from his sojourn performed by some of his previous colleagues.

More beautiful singing follows after a brief flute solo Baci sul vesto (Kisses on the wind) performed by Roberto Fabbriciani. The mezzo-soprano Margaret Medlyn with Jian Liu on piano weave their magic with five songs collectively called Cages for the Wind. Seeming to be all an influence of "windy Wellington" perhaps are Words and Roses, Warning to Children, Gift of Dreams, Whitey and Roots.

Prock's notes show how much he enjoyed his time in New Zealand, its "adventurous and idiosyncratic musical culture" and this activated a "radical evolution" in his musical style and perspective - boldly shown here by the Kiwi record label.