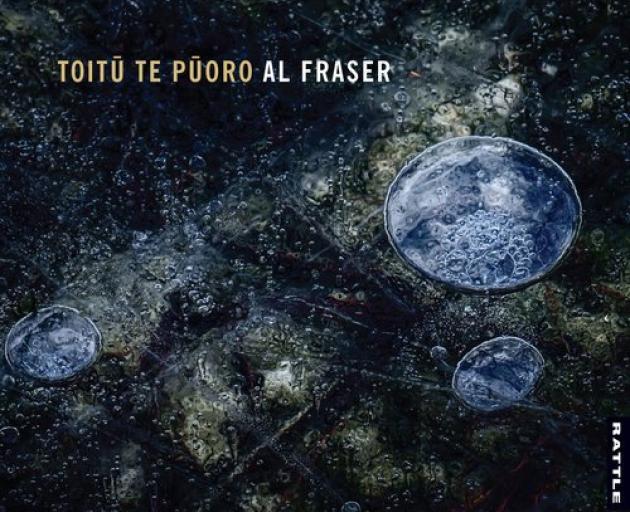 The fifth solo album of Dunedin-born Al Fraser refers to Toitu Stream that flows from Belleknowes under McLaggan St, where it joins the tributary branch that runs under Rattray St, the Exchange and Queens Gardens (near Toitu Otago Settlers Museum) to the harbour.

While I played some of its 11 tracks last Sunday, Maori Hill rumbled with thunder and a ferocious hail storm pelted down - and it seemed to be appropriate. For all the music, composed and played by Fraser on a full array of Maori instruments, is concerned with the natural world and its unseen spiritual forces. He shows that the song of the Toitu Stream beneath the city will not be silenced, just as nature still provides many other mysterious, more gentle and beautiful sounds from water, wind and birds.

The tracks open with Root Cause, Gestation, Being-Non-Being, and Hesitant Exploration, followed by seven more with Maori titles (the vocalist on Hikoi is Arana Tikao). Fraser's music sends messages relatively quietly but he shows his class as he conjures up a hidden, more spiritual world, just as the secret flow of Toitu spoke to the composer. Fraser is also certainly one of our best players of all the Maori instruments (an assortment of them are photographed in the interesting booklet.)

Congratulations are also due to Rattle Records for its success in this year's NZ Music Awards. Eve de Castro Robinson's The Gristle of Knuckles won the Best Classical Award and two of its other CDs - Henry Wong Doo's Pictures and Michael Houstoun's Trio (all reviewed in this column during the year) - were finalists.